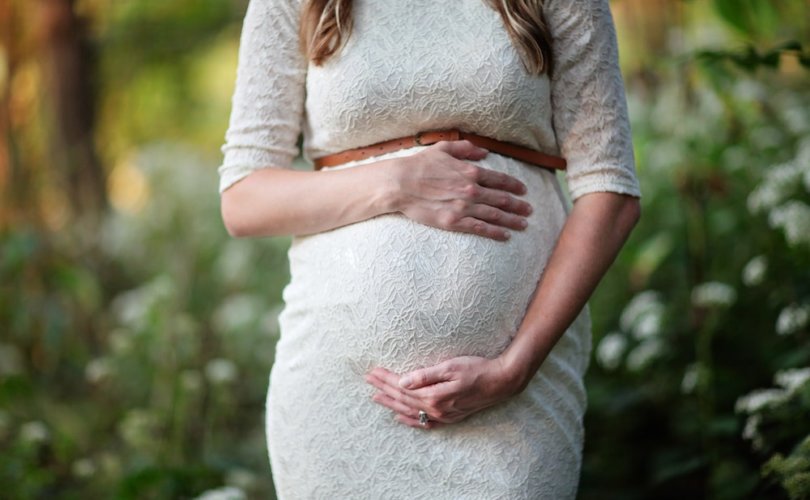 WESTMINSTER, England, June 30, 2020 (LifeSiteNews) ― A British court has permitted a judicial review of a decision to allow home abortions during the coronavirus lockdown.

The limits of the 1967 Abortion Act were relaxed in March to allow for early abortions during the lockdown. In late March the British government first permitted women who are up to ten weeks pregnant to receive abortion pills by mail to self-administer at home without a medical practitioner present. The Health Department flip-flopped on the decision twice, concluding on March 30 that DIY at-home abortions could go ahead.

In his decision to allow Christian Concern’s challenge to the legality of self-administered abortion to go forward, Lord Justice Lewison wrote that it is “arguable” that Health Secretary Matt Hancock exceeded his powers under the Abortion Act when he defined “a pregnant woman’s home” as a place where abortions can be lawfully performed. According to Christian Concern, Lewison also said that their argument “has a real prospect of success.”

The organization stated that the Court of Appeal will now hold a public hearing to decide if the Health Secretary’s decision “should be quashed.”

Christian Concern reported that they will advance two arguments that may overturn the de facto legalization of at-home abortion. The first is that only Parliament, and certainly not the Health Secretary, can change the law. The Abortion Act stipulates that abortions may take place only in hospitals run by the National Health Service and in “approved” clinics. The second is that permitting women to perform abortions on themselves is directly contrary to the aims of the Abortion Act, “which is to prevent ‘backstreet abortions’ and ensure that the abortions take place in safe [sic] and hygenic conditions.”

The Department of Health released its abortion statistics for 2019 on June 11. They revealed a new abortion record for England and Wales: 207,384. The number of abortions in Scotland for 2019 are not yet known. However, they hit a ten-year high in 2018 with 13,286 babies aborted. Meanwhile, 129 babies were aborted in Northern Ireland within two months of its pro-life law being forceably altered.

“Abortion numbers are at record highs,” she stated.

“The government is making every effort to liberalize abortion to the point of decriminalization,” Williams continued.

“The Westminster government has forced abortion onto Northern Ireland. It is equally clear that the Department’s regulations on DIY abortions, being brought under the guise of being necessary due to coronavirus, were never meant to be temporary. I cannot overstate the importance of this appeal.”

Williams believes that the challenge will also serve to expose the abortion industry to public scrutiny, which in turn will save some lives and protect more mothers.

“What is truly shocking is the unfettered and inappropriate level of access to government that the abortion lobby has,” she added.

John Deighan of Britain’s Society for the Protection of Unborn Children (SPUC) told LifeSiteNews that they too are “appalled” by the permission granted for at-home abortions.

“SPUC is strongly supportive of this case and the issues it raises,” he said by email.

“We wish Christian Concern every success in convincing judges of their objections. We too are appalled that this policy of home abortions has been implemented, and our view is that the measure is beyond the powers of the government.”

Deighan noted that the Health Secretary’s relaxation of the law permitted such “dreadful occurrences” such as a home abortion that killed a 28-week-old unborn baby. In the United Kingdom, it is illegal to abort an unborn baby after he or she has reached 24 weeks’ gestation except for eugenic reasons, like the child having Down Syndrome or spina bifida.

Deighan also pointed out that unsupervised abortion heightens the chance of forced abortion.

“We have … warned [the] government that their policy is open to all sorts of abuse and coercion,” Deighan told LifeSiteNews.

“Women do not even have to see a medical professional before inducing an abortion in their own home. It is a perfect system for all sorts of people: abusers, traffickers or pimps, to cover their tracks and force women to have abortions without fear of professional intervention.”

Deighan also noted that abortion extremists have taken advantage of the ongoing coronavirus pandemic to further their ideological ends.

“The [COVID crisis] has been a convenient smokescreen for implementing home abortion which has long been a goal of abortion advocates,” he said.

“We hope that some light on the issue will expose how dreadful this policy is to the wider public. Our abortion laws and policies are getting so extreme that awakening the hearts and minds of the public is an urgent necessity.”