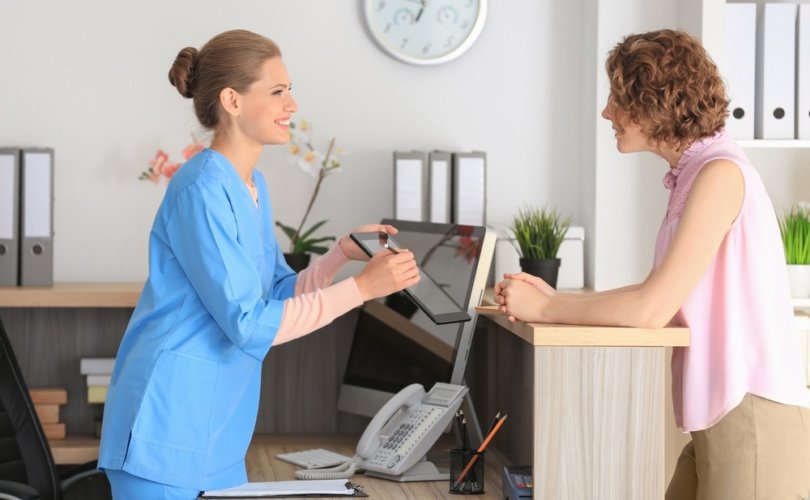 BALTIMORE, Maryland, January 10, 2018 (LifeSiteNews) – The Fourth Circuit Court of Appeals handed Baltimore pro-life pregnancy centers a major victory last week, telling them that no one can compel them to post abortion-related signs in their waiting rooms.

Pro-lifers are rejoicing in the victory and hope it will translate to other states as well.

A 2009 city ordinance sponsored by Stephanie Rawlings-Blake, who would become the city's mayor in 2010, forced pro-life pregnancy help centers to post signs telling clients that they do not do abortions nor refer for abortions.  Pro-abortion activists initiated the law, arguing that the pro-life pregnancy help centers were deceptive “fake clinics.”

But the Court of Appeals upheld a series of previous rulings in favor of Greater Baltimore Center for Pregnancy Concerns, the plaintiff who challenged the ordinance. The court ruled that such laws violate First Amendment freedom of speech.

The three-judge panel unanimously ruled the city ordinance was unconstitutional because it forced “a politically and religiously motivated group to convey a message fundamentally at odds with its core belief and mission.”

“This court has in the past struck down attempts to compel speech from abortion providers. And today we do the same with regard to compelling speech from abortion foes,” Judge J. Harvie Wilkinson III explained.  “We do so in the belief that earnest advocates on all sides of this issue should not be forced by the state into a corner and required essentially to renounce and forswear what they have come as a matter of deepest conviction to believe.”

Pro-lifers hailed the ruling. “Life-affirming centers should not be forced to promote the abortion industry’s agenda in order to help women,” Americans United for Life (AUL) Director of Legal Communications Deanna Wallace stated in a press release.

“Clearly, the abortion industry feels threatened by the ability of these dedicated pregnancy care centers to provide women with alternatives to abortion, and is trying to protect their profits by forcing pro-life pregnancy centers to promote abortion,” Wallace, whose organization filed a friend-of-the-court brief in the case, said.  “AUL is extremely pleased that the Fourth Circuit unanimously recognized the free speech rights of these commendable pro-life centers.”

In 2013, the Fourth Circuit Court of Appeals overturned Garbis’ ruling, sending it back to him for reconsideration.  Judge Garbis remained in agreement with the pro-life centers.

Garbis reiterated that the city ordinance was unconstitutional because it “forces pregnancy centers to begin their conversations with a stark government disclaimer, divorced from the support offered by the Center and suggesting that abortion is available elsewhere and might be considered a good option by pregnant women—a message that the Center expressly finds morally offensive and would not otherwise provide.”

The case was again appealed and handed to the Fourth Circuit panel, this time along with St. Brigid Roman Catholic Congregation and Archbishop Edwin O’Brien as co-plaintiffs, and the court unanimously agreed with the pro-life centers because defenders of the city ordinance could not identify one incidence of deception.

“After seven years… the City does not identify a single example of a woman who entered the Greater Baltimore Center’s waiting room under the misimpression that she could obtain an abortion there,” Judge Harvie Wilkinson III, a Reagan appointee, wrote.

“What the record does show is affirmative advocacy of abortion alternatives by a lawful non-profit group,” Judge Wilkinson continued.  “None of the public advocacy of alternatives, however, suggests that the Center would provide help or assistance in obtaining an abortion.”  He concluded that “Truthful affirmative assertions are not…misleading.”

Greater Baltimore Center for Pregnancy Concerns Chairman Tom Schetelich told WHSV-TV that the Fourth Circuit’s ultimate ruling was “a victory for the First Amendment and for the women of Baltimore.”