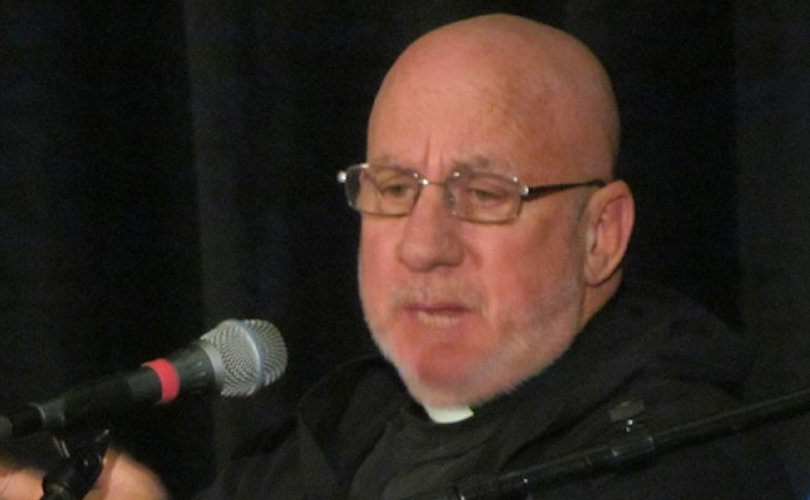 ENGLEWOOD, New Jersey, November 22, 2017 (LifeSiteNews) — In a powerful victory for the sanctity of innocent human life, a federal judge has thrown out a “buffer zone” law as anti-free speech.

In 2014, the Englewood city council passed an ordinance prohibiting pro-life advocates from coming within eight feet of abortion businesses’ entrances or driveways. The law also criminalized giving pro-life pamphlets to women, even if they ask for literature.

Pro-lifer Jeryl Turco, who had done sidewalk counseling outside Metropolitan Medical Associates for seven years, challenged the city ordinance in 2015, and after a two-year court battle, she won.

Noting a unanimous 2014 U.S. Supreme Court decision that a Massachusetts buffer zone was unconstitutional, Judge Wigenton determined the Englewood ordinance was too broad, that the city hadn’t tried less radical measures to address concerns, and that the “buffer zone” violated First Amendment freedoms of speech and assembly.

One News Now reported that the abortionists’ case was “based on false allegations.” Pro-lifers were accused of shouting, pushing people, and blocking entrances.

Those allegations are “not true,” Marie Tasy of New Jersey Right to Life told One News Now. “In fact, the court found no evidence of any arrests or clinic harassment or violence in the last five years or more. The court therefore said that the buffer zone law was unjustified.”

Judge Wigenton wrote in her decision that city officials “did not create a targeted statute to address the specific issue of congestion or militant and aggressive protesters outside of the clinic.”

“The ordinance established a buffer zone that extended to eight feet on either side of the clinic’s doorway and its driveway,” Tasy explained. “So it was very, very broad and the court found that the Englewood abortion clinic had not tried a less-restrictive approach to governing the clinic entrance before enacting this ordinance.”

The local chapter of the National Organization for Women (NOW) expressed “disappointment” in the ruling. “The buffer helped because people’s personal space was not infringed upon,” Northern New Jersey NOW President Bonnie Shapiro said.

“The New Jersey decision is a great example of clear constitutional reasoning,” Liberty Counsel chairman Mat Staver said. “The decision should be an encouragement to pro-life sidewalk counselors around the country.”

Staver noted that Judge Wigenton’s decision was “uncorrupted by the ‘abortion distortion’ that has pervaded so many court decisions since Roe v. Wade.” He added that the ruling should deter government officials who “abdicate their duties to uphold the constitutional rights of their citizens in order to carry water for Planned Parenthood.”

The court’s Englewood buffer zone decision may be read here.

In a related case, Fr. Stephen Imbarrato of Priests for Life and other pro-life rescuers were acquitted of obstruction and given merely suspended fines for a trespassing during an Alexandria, Virginia, rescue.

“I was very happy that the judge was somewhat open minded to the ‘Necessity Defense,’ which saw that we were acting in good conscience, which we were,” Fr. Imbarrato said.

Judge Donald Paddock’s allowance of the “Necessity Defense” was both pivotal for the particular case and significant for similar cases nationwide.

The “Necessity Defense” says that because pro-lifers honestly believe preborns are human persons they also sincerely believe they are morally and legally bound to save their lives in whatever way does not harm anyone else.

Like the legal recognition of civil disobedience, a higher law (human lives at stake) overrules a lesser law (trespassing) — at least in the sincere convictions of pro-life “rescuers.”

The “Necessity Defense” has been literally censored from many courtrooms. In the 1990s, pro-abortion judges denied members of Operation Rescue the opportunity to explain it or even mention it in their defense.

And yet it is precisely the belief that preborns are human persons that motivates the pro-life movement. Without an understanding of pro-lifers’ motivation, juries only hear abortionists’ rhetoric that pro-lifers are judgmental, women-hating moralists.

“My conscience has been formed to do this over many, many, many years,” Fr. Imbarrato explained, “and (is) based on the fact that I truly believe that these babies are persons from the moment of conception.”

Hear Fr. Imbarrato’s own words after the Virginia verdict here.