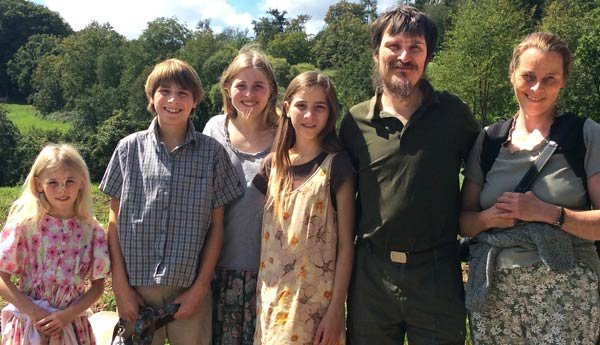 DARMSTADT, Germany, July 4, 2019 (LifeSiteNews) — A family court has decided that a married homeschooling couple should be allowed custody of their minor children.

Homeschoolers Dirk and Petra Wunderlich lost legal custody of Machsejach, Joshua, Hannanjah and Serajah in August 2013 when police removed the children from their home. Thanks to the recent court decision, the guardianship of Hannanjah and Serajah, now the only minors in the family, has been returned to their parents.

The girls have indicated that they want to be educated at home.

According to CBN News, a Christian news website, the judge who ordered the removal of the children in 2013 was replaced in the case “on the grounds of bias.”

The surprise decision follows the Wunderlich family’s unsuccessful attempt to regain custody of the children through the European Court of Human Rights (ECHR) earlier this year. The court refused to concede that parents have the right, under Article 8 of the European Convention of Human Rights, to educate their children exclusively at home. Refusing to send children to school is against the law in Germany.

Robert Clarke, director of European advocacy for ADF International, was the lead counsel for the Wunderlich family at the ECHR. In response to the German court’s new ruling, Clarke reiterated that parents have the right to determine their children’s education.

“The right of parents to direct the education of their children is a fundamental right, protected in international law,” Clarke said.

“We are pleased to see that the German court respected this right and acknowledged that the Wunderlich children are doing well,” he continued.

“As we wait for referral to the Grand Chamber of the European Court of Human Rights, we hope that, there too, the rights of the Wunderlich family will be safeguarded,” Clarke said.

According to the Homeschool Legal Defense Association, the Wunderlichs’ long struggle with the German justice system began in 2006 when a court fined the parents “several hundred euros for homeschooling.”

In 2008, the devout Christian family left Germany to continue homeschooling in France. In 2009, after intervention by the German government, French authorities removed the Wunderlich children from their home but returned them a few days later. In 2012, after being unable to find long-term employment, the Wunderlich family returned to Germany.

That October, a German district court took legal custody of the Wunderlich children away from their parents and gave it to German social services.

In August 2013, the children were removed from their home for three weeks.

Dirk Wunderlich described his anguish on that occasion to Deutsche Welle this January, saying “August 29, 2013, as 40 officials stood before our door, was the most horrible day for us.”

Apparently, the authorities had been contacted by neighbors who claimed Dirk had said he would rather kill his children than send them to school. He called the allegation “nonsense” and “invented.”

Then in April 2015, both the Homeschooling Legal Defense Association and the Alliance Defending Freedom (ADF) International filed an application at the European Court of Human Rights on behalf of the Wunderlich family. The following year, the ECHR decided to take the case. In January 2017, the German government presented its defense to the ECHR. In April 2017, the HLDA and ADF presented their response to Germany’s arguments.

However, on January 10, the European Court of Human Rights sided with the German government against the Wunderlich family. According to newsmagazine Deutsche Welle, the court found that the family “had not had not provided sufficient evidence that the children were properly educated and socialized” and “that a government removing children from their parents to ensure they receive an education did not violate Article 8” of the European Convention on Human Rights.

In an interview with CBN News, the older Wunderlich children indicated that they thought their stint in public school was a waste of time.

“When there are so many children and they are talking about all kinds of things, it's really loud,” Joshua said.

“In homeschooling, I felt like we were able to learn a lot more in a shorter time,” Machsejach added. “In school, they always make it so long and still you learn less than in homeschool.”