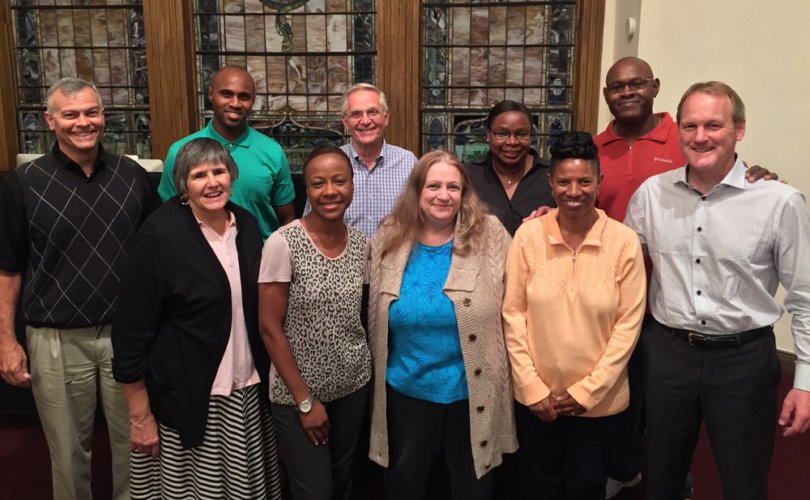 BROOKLYN, New York, July 21, 2018 (LifeSiteNews) – A federal judge in New York has delivered a victory for attorneys from the Thomas More Society and a group of peaceful pro-life advocates in an unsubstantiated harassment lawsuit brought against them by former New York Attorney General Eric Schneiderman.

The federal lawsuit, filed in June 2017, charged the peaceful pro-life sidewalk counselors – who offer abortion-bound women information on life-affirming alternatives – with “a weekly pattern of threatening, obstructive and violent activity.” The charges were brought despite lack of evidence of any of the purported threats, harassment, or groping that the prosecution had claimed occurred outside of the Choices Medical Clinic abortion facility in Jamaica, Queens.

Former Attorney General Schneiderman justified his claims under the federal Freedom of Access to Clinic Entrances Act, or FACE Act. Schneiderman had sought both a preliminary and a permanent injunction, compensatory damages, and additional monetary penalties against the pro-life advocates.

Thomas More Society Special Counsel Martin Cannon, who represented ten sidewalk counselors who are members of the [email protected] in Brooklyn, New York, explained the problems with Schneiderman’s case. “The FACE Act specifically exempts constitutionally protected advocacy from its prohibitions. U.S. District Judge Carol Bagley Amon obviously agreed. After a three-week trial on the preliminary injunction, she issued a 103-page opinion, systematically rejecting the credibility of the state’s witnesses, the merits of the state’s arguments, and the request for the injunction itself.”

Kenneth Griepp, Senior Pastor at [email protected] and one of the defendants in the lawsuit, declared, “We thank the Lord that our life-affirming work to counsel women considering abortion was upheld in federal court. As Christians who seek to honor Jesus, like Him, we will continue to offer compassion to those who see abortion as the only way out of an unexpected pregnancy. We said from the beginning that the charges against us were baseless and an offense to the First Amendment. We are grateful for the court’s thoughtful and detailed opinion that vindicates our rights. I speak for all the [email protected] pro-life sidewalk counselors when I say that we are also grateful for the superb and committed representation we have received from the attorneys at the Thomas More Society.”

Notable witnesses brought by Schneiderman in the case included “Millionaire Abortionist” Merle Hoffman, who testified that pro-life advocates should be considered the “American Taliban,” and an abortion clinic escort whose testimony was proven to be borrowed from another escort’s description of different events at a different clinic, involving different pro-life counselors, from a time prior to onset of the [email protected]’s activities outside of the Choices abortion clinic.

Thomas More Society attorneys praise the decision. Cannon stated, “We believe the court had clear recognition of what was happening in this case: The former attorney general, whose support of the abortion lobby is well-documented, was pushing a narrative not supported by the evidence. The case was an abuse of the rights of peaceful New York citizens, whose rights Mr. Schneiderman had a duty to protect, not attack.”

Despite lack of evidence from his yearlong surveillance and targeted action plan, Schneiderman charged these sidewalk counselors with threats, obstruction and violence, which Cannon labeled as “a grotesque level of falsity.”  He added that he viewed the purpose of Schneiderman’s suit as being “to shut down their advocacy and get them off the sidewalk.”