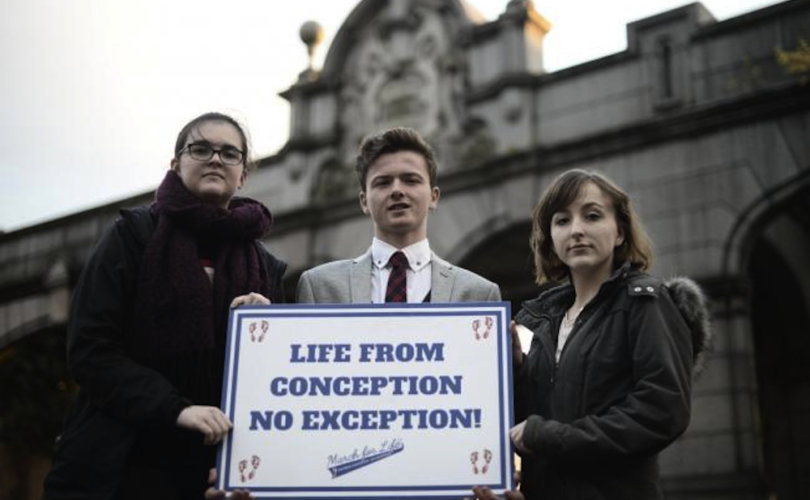 GLASGOW, Scotland, November 1, 2018 (LifeSiteNews) ― A Scottish university has conceded that its ban on pro-life groups is discriminatory and a violation of freedom of speech.

According to the Glasgow Herald, the students association at Strathclyde University in Glasgow voted to drop its ban on campus pro-life groups after its board of trustees concluded that it was a “form of direct discrimination” and therefore contrary to its own equal opportunities policy.

This is a victory for the Strathclyde Students for Life group, which challenged the ban in March. With the help of legal adviser Jamie McGowan, they successfully argued that the University of Strathclyde Students’ Association (USSA) violated the 2010 Equality Act by discriminating against students because of their beliefs. The group also argued the USSA had violated pro-life students’ right to freedom of expression under the European Convention of Human Rights.

The struggle between the USSA and pro-life students spanned several years. It was brought to public attention when Strathclyde Students for Life’s application for affiliation was denied in October 2015, thanks to the “No platform to anti-choice!” policy.

The USSA’s “no-platforming” provisions had claimed that campus pro-life groups would harass students and violate “their safe space:”

“The establishment of anti-choice groups at USSA would directly contravene equal opportunities policy by giving them a platform to harass students. This in turn violates their safe space,” it continued.

“Allowing an anti-choice group to form would be a barrier to freedom, equality and body autonomy for those with uteruses on campus.”

Strathclyde Students for Life called these assertions inaccurate and discriminatory.

McGowan welcomed the USSA’s decision to drop the ban as a victory for academic freedom.

“Ultimately, this is a victory for academic freedom: universities are meant to be bastions of free thought. The ‘no-platform’ clause discriminated against a group of students because of their beliefs and, as the case law on this matter tells us, “philosophical beliefs” such as an opposition to abortion are protected from discrimination,” he said in a press release.

In the same statement, Strathclyde Students for Life president Catherine Farrelly said: “We only want to start a conversation about Life Ethics on campus, to discuss the moral and ethical issues surrounding abortion and euthanasia. We also want to ensure that women on campus know that abortion is not the only answer, and that we are here to offer support and care for women in crises.”

She added that her group will be applying to affiliate as a society.

“Now it’s up to USSA to follow through with their decision,” she said. “We expect no hiccups from here on.”

McGowan explained in the statement what the group is all about:

“Our main aim at Strathclyde Students for Life is to foster academic debate on campus surrounding abortion, euthanasia and other bioethical issues,” he wrote.

“We are also here to offer support and care to women in crisis pregnancies, whether that be finding them prams and nappies or just offering a listening ear,” McGowan continued.

“Our mission is to promote the dignity and value of human life from conception, and offer our support for women and children in their time of need. Without a shadow of a doubt, we are looking forward to bringing the joy of the pro-life movement to campus.”

The pro-life victory was welcomed joyfully by other pro-lifers in Scotland. John Deighan of the Society for the Protection of Unborn Children (SPUC) Scotland commended the USSA and said its decision was a “hopeful sign” that “reasoned debate” will no longer be silenced.

“The students at Strathclyde University are to be commended for upholding the importance of free speech in a democratic society,” Deighan said.

“I understand that some with a different perspective on pro-life issues still saw that the principle of open debate had to be supported,” he continued.

“This is a hopeful sign that the intolerance to differing views on abortion and other socially contentious issues will no longer be permitted to silence reasoned debate. Those who hold the pro-life position have no fear of genuine debate and of all places a university should be a place which welcomes such an attitude.”