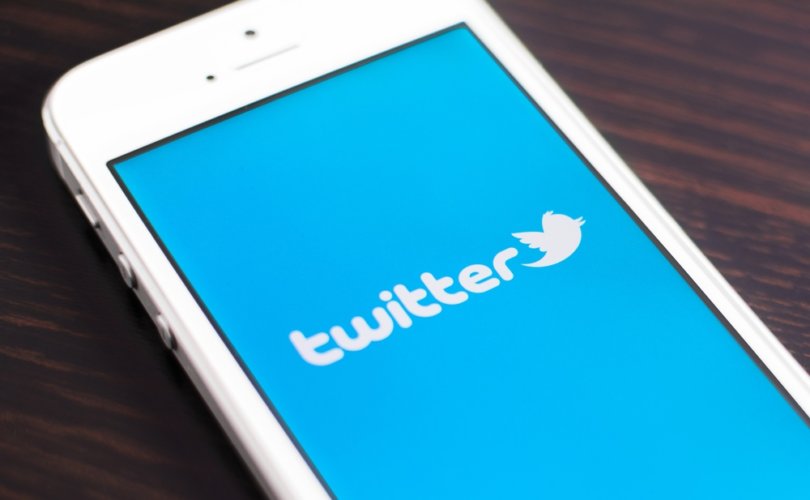 October 19, 2018 (LifeSiteNews) – Twitter has backed down and unlocked LifeSiteNews’ Twitter account, less than 24 hours after claiming a factual analysis of homosexual health data was “hateful conduct.” Their decision to unlock our account comes after more than 7,500 LifeSite supporters signed a petition demanding our account be restored along with massive backlash online.

Yesterday afternoon, Twitter locked LifeSiteNews staff out of posting to or otherwise accessing our @LifeSite account over a 2014 article by Dr. Gerard M. Nadal, a molecular biologist and microbiologist who is also president and CEO of the Coalition on Abortion/Breast Cancer.

Citing data from mainstream sources such as the Centers for Disease Control, a then-recent New York Times report, and a 2006 study in the journal AIDS Behavior, Dr. Nadal’s piece analyzed media coverage of a then-recent CDC report on sexually-transmitted diseases. He concluded that the rise of STDs among homosexuals was primarily due to factors such as increased unprotected sex and 60% of homosexual men failing to disclose their symptoms or status to sex partners.

On Thursday, Twitter notified LifeSiteNews it was locking our account because a tweet displaying the story’s neutral, factual headline violated “rules against hateful conduct” and “promote[d] violence against, threaten[ed], or harass[ed] other people on the basis of […] sexual orientation.”

“This total intolerance for even reporting government health dept statistics that reveal the health dangers of homosexual activity betrays what Peter Thiel, himself a homosexual, previously called a totalitarian mindset in Silicon Valley,” said Steve Jalsevac, co-founder and president of LifeSiteNews. “This is getting dangerous for our democracy since a free press is one of the basic and necessary foundations for a genuinely democratic society.”

LifeSiteNews refused to delete the tweet, and instead appealed the decision.

“Within the article are quotes from sources that are deemed credible and reputable, such as Bloomberg and the CDC report,” LifeSiteNews explained to Twitter. Rather than promoting violence, threats, or harassment against anyone, “the tweet links to an article that is simply an informative analysis of the CDC's own 2012 findings.”

“We believe this violation is a mistake and request that our account be unlocked effective immediately,” LifeSiteNews told Twitter.

LifeSiteNews also launched a petition to protest the social media giant’s latest act of censorship, which amassed more than 7,300 signatures in just 18 hours. Numerous pro-life, pro-family, and conservative voices spoke out, as well.

Wow. @LifeSite was locked out of their account tonight for publishing an article **four years ago** reporting on the rise in STDs among homosexuals. Twitter is now censoring factual information. Incredible.

Hey @jack @TwitterSupport Free @lifesite. There is nothing hateful about facts and Catholicism. This is straight up bigotry on your part. Free @LifeSite

.@LifeSite have been locked out of account for posting this tweet about the rise of STDs among homosexual men that they posted FOUR YEARS AGO

When reporting science is treated as hate speech! pic.twitter.com/5KolFztE6e

Twitter has locked the account of Life Site News because of an article on homosexuality posted four years ago.

Censorship at its worse. The thought police are working overtime.

Who will be next?

Twitter, facts are facts and I as a gay man want to know the truth, even if it's “the ugly truth”. Have you forgotten what happened during the first years of AIDS? Remember, “Silence=death” slogan?

On Friday, Twitter Support notified LifeSiteNews that it has reversed the lock.

“It’s good to see that Twitter corrected its error in this instance, but the corporation needs to undertake major reform to prevent such ridiculous bans from occurring in the first place,” Steve Jalsevac said in response to the latest development. “They have been occurring far too frequently, revealing severe liberal bias by a significant number of Twitter staff assigned to monitor and make judgments on tweets.”

Twitter has similarly restricted scores of conservative content on similar grounds, often reversing it after public backlash with similar comments about unexplained “errors.”

“We should not have had to appeal what was clearly a totally wrong decision by whoever initiated the lock on our account,” Jalsevac argued.

Also Twitter: Does nothing when Louis Farrakhan calls Jews “termites.”