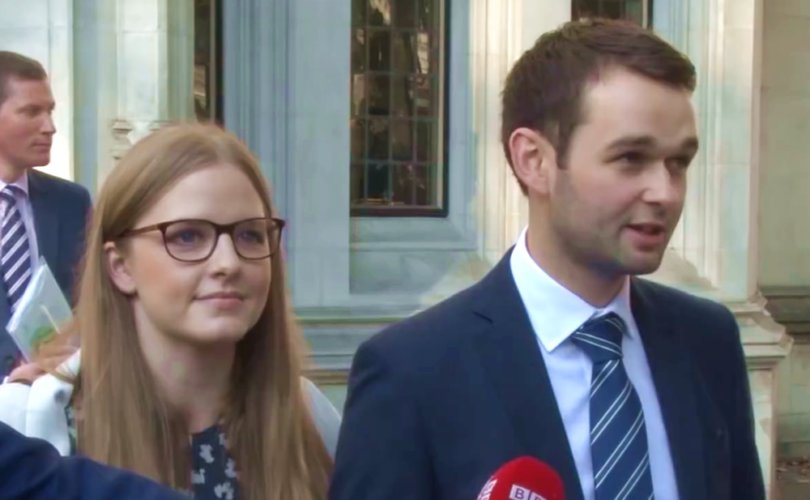 BELFAST, UK, October 10, 2018 (LifeSiteNews) – A Christian family-owned bakery has successfully appealed a judgment that it was guilty of discriminating against an LGBT activist by not baking a cake supporting same-sex “marriage.”

The five judges of the UK Supreme Court, which met in Belfast this morning, were unanimous that the McArthurs’ Ashers Baking Company had not discriminated against a customer because of his sexual orientation and political beliefs.

The judges emphasized the importance of the right to freedom from forced speech.

“The rights to freedom of thought, conscience and religion, and to freedom of expression were clearly engaged by this case…,” the Justices wrote.

“They include the right not to be obliged to manifest beliefs one does not hold…,” they added.

Ashers Baking Co had been at the heart of a lawsuit brought by LGBT activist Gareth Lee. In May  2014, Lee requested a cake featuring the Sesame Street characters Ernie and Bert and the motto “Support Gay Marriage.” Although the order was initially accepted by the manager’s mother who did not wish to make a scene, Ashers canceled the order two days later.

The business stated that making the cake would be contrary to their religious beliefs.

Daniel and Amy McArthur and Daniel’s parents Karen and Colin McArthur, the owners of Ashers, are Christians. Of all the nations that comprise the United Kingdom, Northern Ireland has most retained its Christian identity and only male-female marriages are contracted there.

The UK’s Equality Commission for Northern Ireland, acting on behalf of Gareth Lee, wrote to the bakery demanding compensation for the customer and then took the business to court.

In March 2015, the case was heard, with Lee testifying that the refusal to bake his cake had made him feel like a “lesser person”.  Daniel and Amy McArthur, the young married couple who run Ashers, argued that they had not turned down the order because of the customer but because of the message itself. Ashers and its owners were found guilty of discrimination and fined £500.

The McArthurs appealed, but after losing their appeal, they took their case to the United Kingdom’s Supreme Court. They were supported by The Christian Institute charity, which has spent more than £200,000 on the case. The Equality Commission has spent more than £250,000 of tax revenue on legal fees.

In their decision today, the Supreme Court Justices found that Ashers “did not refuse to fulfil Mr Lee’s order because of his actual or perceived sexual orientation. The objection was to the message on the cake, not any personal characteristics of the messenger, or anyone with whom he was associated.”

“The McArthurs could not refuse to provide their products to Mr Lee because he was a gay man or because he supported gay marriage, but that was different from obliging them to supply a cake iced with a message with which they profoundly disagreed…” they wrote.

Daniel McArthur said today that the ruling today would make many people happy because it protects freedom of speech and freedom of conscience for everyone.

“We’re particularly pleased that the Supreme Court emphatically accepted what we’ve said all along, we did not turn down this order because of the person who made it but because of the message itself,” he told reporters outside the courthouse.

“The judges have given a clear signal today… Family businesses like ours are free to focus on giving all their customers the best service they can without being forced to promote other people’s campaigns.”

Ashers Baking Co, now a chain of nine shops and cafes, is named for the Biblical family of Asher.

“The name of the bakery comes from a verse in the Book of Genesis which my father read when he was about 15,” Daniel McArthur told the Belfast Telegraph in 2016.

“It says 'Out of Asher his bread shall be fat and he shall yield royal dainties'. His father and grandfather had been bakers based in Sandy Row in Belfast, and my father decided that if ever he ran his own bakery he would call it Ashers after that tribe of Israel,” he said.

McArthur told reporters today that he was grateful to the judges and grateful to God for the ruling.

He said that he and his family were glad the long ordeal was over and that he was sure Mr. Lee was, too. McArthur assured the public that Mr. Lee will “always be welcome in any of our shops.”