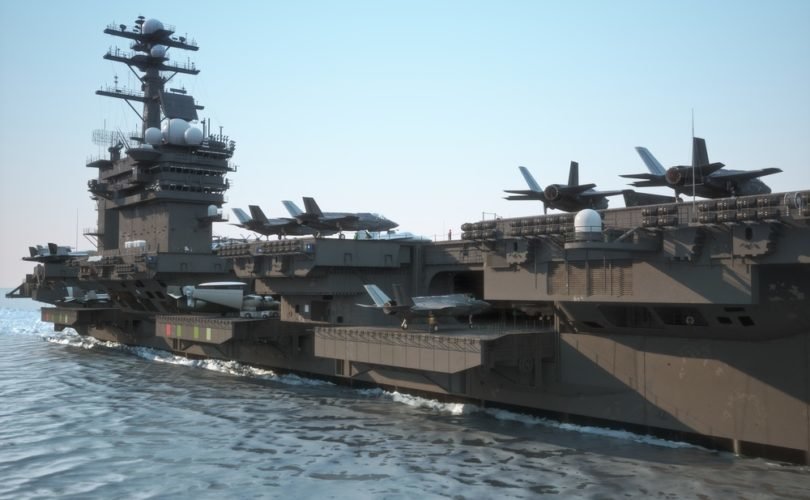 The move is seen as an important victory on behalf of religious liberty by Navy personnel affected by the previously enacted ban, and by those who fought on their behalf.

The change comes just days after First Liberty Institute sent a letter on behalf of active duty officer Daniel Schultz and several other service members affected by the order, asking the U.S. Navy to grant an accommodation so that he could attend indoor religious services.

The rollback also comes after LifeSiteNews launched a petition on June 30 which quickly garnered more than 18,000 signatures asking President Donald Trump – who had previously declared religious services to be essential – to intervene.

Archbishop Timothy Broglio, Archbishop for the Military Services, USA, issued a statement on July 5 in which he called the ban “odious to Catholics.”

On June 24, the Navy issued an order banning troops from attending indoor religious services, although other activities such as using mass transit, hosting social gatherings of any size, and participation in protests were all permitted.

The order specifically stated that “service members are prohibited from visiting, patronizing, or engaging in … indoor religious services.”

The Navy has now walked back the order, which religious liberty advocates said was a most egregious overstepping of military personnels’ freedom to worship.

A memo from Acting Undersecretary of the Navy Gregory Slavonic sent to the Commandant of the Marine Corps and the Chief of Naval Operations offered new guidance concerning the order stating that nothing contained in previous instructions “should be construed to restrict attendance at places of worship where attendees are able to appropriately apply COVID-19 transmission mitigation measures, specifically social distancing and use of face covering.”

“I am directing you … to inform Commanders to incorporate this clarification allowing attendance at religious services where COVID-19 transmission mitigation measures may be appropriately applied,” added Slavonic.

“This is a huge victory,” Mike Berry, First Liberty Institute General Counsel, told LifeSiteNews. “This memo means tens of thousands of our brave service members will be able to safely and freely exercise their religious beliefs.”

“This goes to show that, as we’ve been saying all along, there is no pandemic exception to the First Amendment. This proves that,” said Berry. “When our service members join the military they obviously give up some of their freedoms, but religious freedom is not one of the things they give up. This also demonstrated that.”

“We are thrilled with this victory for religious freedom,” declared Berry.

“I commend the Navy leadership and the Commander-in-Chief, President Trump, for ensuring religious freedom continues to be a priority within our military,” added Berry. “We’re glad the Navy followed his lead on that.”

“The Chaplain Alliance for Religious Liberty commends the Under Secretary of the Navy for taking bold leadership and righting the ship to allow Navy personnel to worship,” Col. Ron Crews, U.S. Army (ret.), executive director of the Chaplain Alliance told LifeSiteNews.

“Our sailors and marines offer their lives to protect religious liberty,” said Crews. “They should be able to exercise those rights as well.”