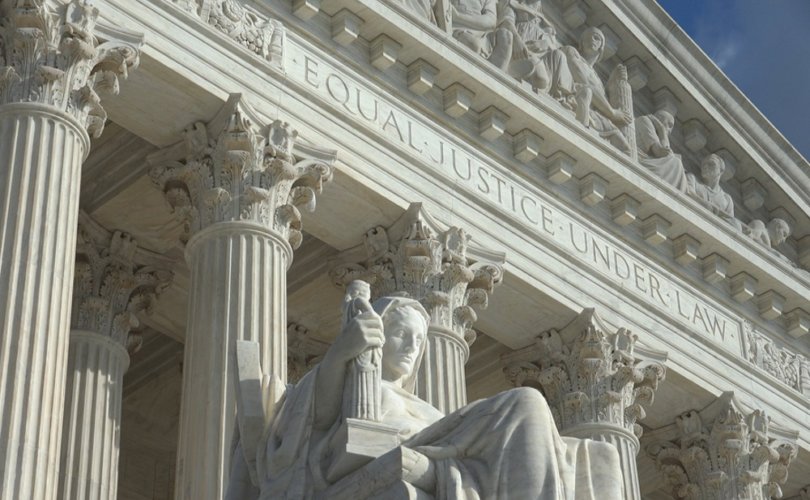 WASHINGTON, D.C., January 10, 2018 (LifeSiteNews) – In a victory for religious freedom, the United States’ Supreme Court let stand a Mississippi law protecting Christians and other religious people from punishment by the government when they decline to provide services for same-sex “wedding” ceremonies.

The nation’s highest court declined to hear an appeal of Mississippi’s “Protecting Freedom of Conscience from Government Discrimination Act,” signed into law by pro-life Governor Phil Bryant in April 2016, but blocked ever since.

“We are pleased that the Supreme Court declined to take up these baseless challenges,” Alliance Defending Freedom (ADF) Senior Counsel Kevin Theriot said. He said that the entire purpose of the Mississippi law was so citizens “don’t live in fear of losing their careers or their businesses simply for affirming marriage as a husband-wife union.”

The law restrains government from punishing Christians who opt out of officiating or participating in homosexual “marriages.” It does not allow businesses to refuse service in general, but only applies to personal affirmation by participation in ceremonies that violate their sincerely held beliefs.

The law also protects entities that keep bathrooms for men and women separate.

As soon as the law passed the legislature and was signed, the American Civil Liberties Union sued to stop it.  In June 2016, District Judge Carlton Reeves struck down part of it, ordering county clerks in the state to issue homosexual licenses no matter what their religion taught.

On appeal, a three-judge panel of the U.S. Fifth Circuit Court of Appeals unanimously vacated Reeves’ decision, letting the Mississippi Freedom of Conscience Act go into effect whole.  The appellate court reasoned that challengers could not “show clear injury-in-fact that satisfies the ‘irreducible constitutional minimum of standing.’”

“Those who haven’t been and won’t be harmed by this law shouldn’t be allowed to restrict freedom for others,” Theriot explained.

And so the case came all the way to the U.S. Supreme Court, which has now refused to hear an appeal of the Fifth Circuit upholding the law. The Supreme Court did not offer an explanation.

Pro-marriage and family advocates hope the Supreme Court’s decision allowing the Mississippi law to stand will influence other, similar cases for religious freedom.  The high court did take up the case of Masterpiece Cakeshop v. Colorado Civil Rights Commission. Oral arguments were heard last month and a decision is expected in June.