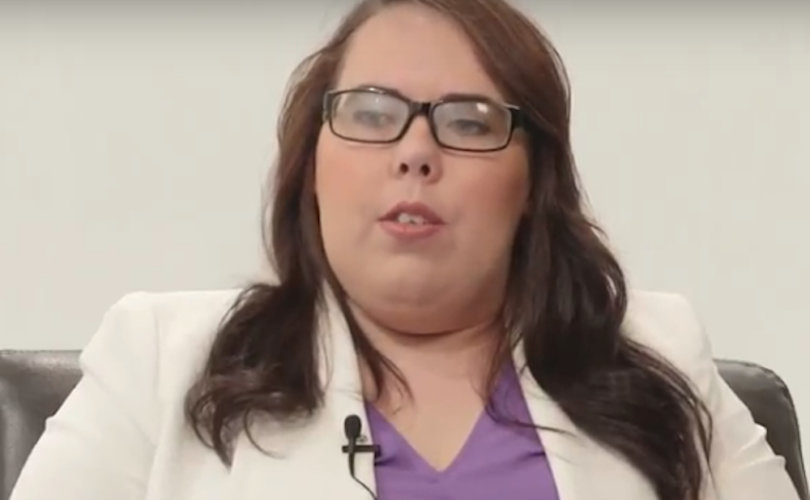 LOS ANGELES, California, November 17, 2017 (LifeSiteNews) — The Center for Medical Progress (CMP) has released a new video exposing the cash incentives StemExpress paid its workers to harvest as many human organs as possible from Planned Parenthood.

StemExpress, one of Planned Parenthood’s most important business partners in selling aborted fetal organs, tissues and blood to research facilities around the world, paid its procurement technicians based on the number and type of parts they could extract.

In the latest video, a continuation of David Daleiden’s conversation with former StemExpress employee Holly O’Donnell, the whistleblower explains that the older the unborn babies were, the more the procurement technicians wanted to get them.

“We wanted more gestated fetuses,” she says. “It was a lot easier to get these, and we could take more from it.”

O’Donnell worked inside some of the biggest Planned Parenthood abortion clinics in northern California. StemExpress workers used private patient medical files sent to them by Planned Parenthood to identify and sign up pregnant women who could meet their body parts order quotas for the day. The procurement technicians were under enormous pressure — and were offered bonuses — to get as many body parts as possible.

“Go Team!!!” one company email reads. “Leave nothing on the table!”

CMP has StemExpress documents that show that the company ranked body parts and blood according to Categories A, B, and C, from the most to least valuable.

Technicians, who were paid a base salary of $10 per hour, would make more money the more organs and blood they collected.

“Off of fetal body parts.”

Part of doing the job was getting women to sign consent forms allowing Planned Parenthood to pass along the blood and fetal tissues. O’Donnell describes having to be in constant communication with everyone at the Planned Parenthood clinics, knowing where everyone was at any given moment, and even understanding abortionists’ work habits. She describes one doctor as “very fast” and presented an email describing a Planned Parenthood schedule involving him as “fast and furious.”

The StemExpress workers also dissected the fetuses, packaged the organs, and shipped them off via FedEx to StemExpress’ research customers. Planned Parenthood received a payment from StemExpress for each fetal organ “determined in the clinic to be usable.”

Convincing women to donate their dead babies was not always easy. In the video, O’Donnell confesses that not all the women who came into the clinics to have abortions seemed sure they wanted to be there. She wanted to tell these women to go home but knew she would get into big trouble with her company if she did. On occasion, O’Donnell and a colleague simply pretended particularly traumatized women were not there, and told their supervisors that the women hadn’t kept their appointments.

This year, the FBI confirmed that the criminal referrals have been sent to multiple field offices for action. This week, The Hill reported that the FBI is seeking unredacted copies of the tens of thousands of documents examined by the Senate Judiciary Committee as evidence in the referrals. The CMP believes this indicates the opening of a full criminal investigation.

David Daleiden said in a CMP press release that there is now overwhelming evidence “that StemExpress and Planned Parenthood engaged in a profit-driven business together to harvest and sell aborted fetuses against the law. The FBI’s inquiry into the human atrocity of Planned Parenthood’s criminal abortion business is long overdue and law enforcement must move quickly to bring this barbaric enterprise to justice under the law.”