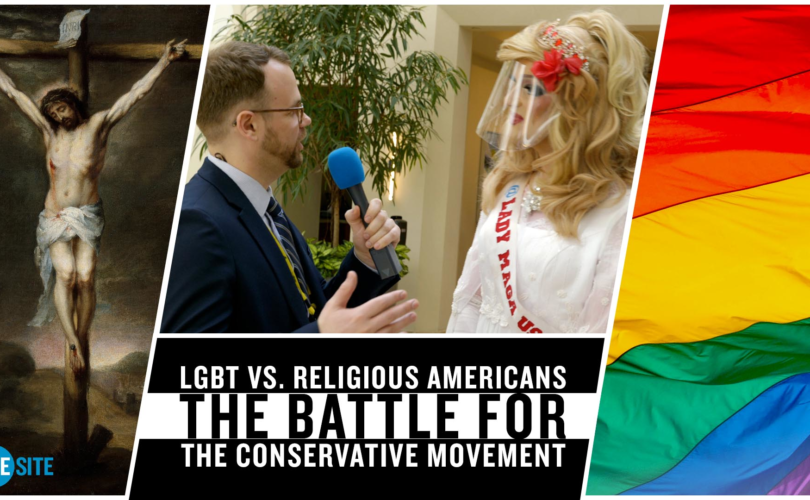 ORLANDO, Florida, March 25, 2021 (LifeSiteNews) – For thousands of Americans, CPAC 2021 was an occasion to express their support for former President Donald Trump.

Outside the Hyatt Regency Hotel, patriots from all walks of life held a massive rally as Trump delivered his keynote address.

Others inside the convention center expressed their support for Trump as well, including Florida Congressman Matt Gaetz.

For religious Americans, CPAC 2021 was a clarifying moment in the battle for social and LGBT issues.

Log Cabin Republicans and others proudly declared their support for the gay agenda. But that doesn't mean Christians were absent from CPAC this year.

Actors Kevin and Sam Sorbo, who have done immense work for the pro-life and pro-family cause, as well as MyPillow CEO Mike Lindell, offered their words of wisdom for Christians going forward. And former Planned Parenthood director turned pro-life warrior Abby Johnson called out CPAC organizers for not having a stronger pro-family, anti-LGBT speaking lineup.

Terry Schilling of the American Principles Project, however, did host a panel discussion on the event’s main stage about making sure young men and women do not compete in the same sports with one another.

However the establishment on the political right decides to come down on the LGBT issue, Christians must remind themselves that their primary goal in public life is to boldly preach the truths of the Gospel, even if that means being alienated and persecuted by those who call themselves conservatives. In other words, they must seek to please God first and man second.