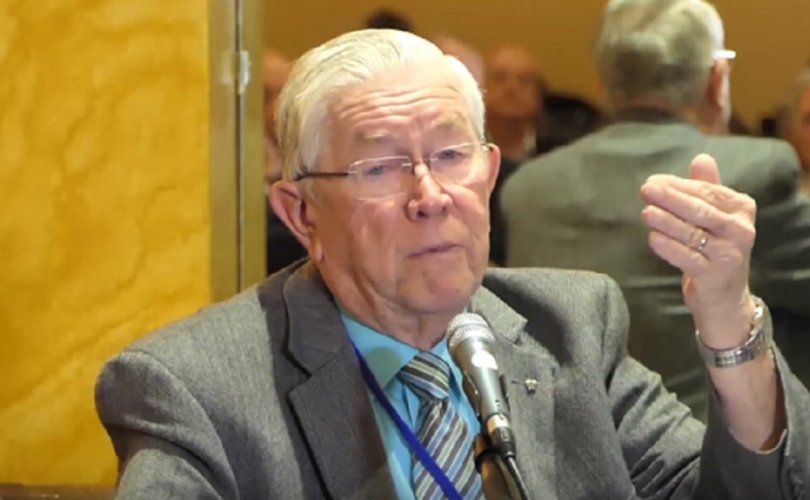 Dr. Paul Byrne, a U.S.-based neonatologist who treated Jahi — and has treated many other “brain-dead” persons throughout his long career — spoke at a conference held in Rome on May 20 about her harrowing experience.

The hospital employees “despised” her and “wouldn’t give her any nutrition,” Byrne told attendees at the gathering, which was organized by a Catholic lay group called The John Paul II Academy for Human Life and the Family.

Byrne said the way Jahi was looked down upon is basically par for the course when it comes to those the medical establishment deems “brain-dead.”

The doctors and nurses in California “wouldn’t call her by name,” he said. She “had no nutrition for three weeks.” When the hospital let her leave, they didn’t even let one sheet go with her, he added.

Jahi was eventually moved to New Jersey and given thyroid treatment. She began responding to the medicine and gave a thumbs up after hearing her mother’s voice. But it was too late. Years of poor medical care had taken its toll.

Jahi’s case is not unique. Byrne, who runs the Life Guardian Foundation, an organization that advocates against organ donation, also shared other heartbreaking stories about some of the patients he’s tried to help over the years, sometimes covertly.

“They moved very quickly” to declare Taquisha McKitty brain-dead, Byrne said. McKitty was a 27-year-old woman who overdosed on drugs in 2017. “In the United State, they get more organs from overdoses of drug abuse than accidents and gunshot wounds combined. It’s become a way of getting organs.”

Byrne played for the conference a video of McKitty in her hospital bed moving her legs, arms, and entire body. She was “deficient in thyroid,” which is essential to brain health, he said. They “refused to give her thyroid.” She was also low in Vitamin D. She died a year later.

The common theme of Byrne’s experiences is that American doctors do not treat “brain-dead” persons because the medical community wants to harvest their organs, the doctors don’t know how to treat them, or they are told by the hospitals they work for to deny care. Cost is also a factor, he said.

“These patients do not get any treatment … the doctors won’t do anything,” he exclaimed. “Blood counts, electrolyte [tests] … nutrition.”

“You’ve got to know how awful it is for the mother, the father, of these children. They suffered terribly. They see what it is with their children. They go to the hospital thinking that they’re going to get treatment, and they find themselves in this situation.”

Byrne shared a story of a father who offered $100,000 to any doctor who would treat his “brain-dead” son. Not one American doctor came forward, so he took his son to Guatemala, where he was treated with thyroid medication and a tracheotomy. The boy improved, but when he was moved to a hospital in New Jersey, they refused even to do a blood count. The boy eventually died.

Guatemala doctors “looked at all patients as living patients,” Byrne said. “The doctors … took excellent care of the patients.” In the U.S., things are different.

During his presentation, Byrne aired for the first time in public a video interview he did with a formerly “brain-dead” man named Zach Dunlap.

Dunlap was in an accident over 10 years ago. Declared “brain-dead” by doctors, he was just minutes away from having his organs harvested when his cousin, an off-duty nurse, began doing various tests on him in the hospital room. Dunlap’s eyes dilated when a light was shone into them, and he grabbed one of the nurses when his reflexes were tested.

Byrne, a devout Catholic, interviewed Dunlap’s wife and daughter as well as Zach in the video. He told them not to be organ donors because organ donation is what nearly killed Zach.