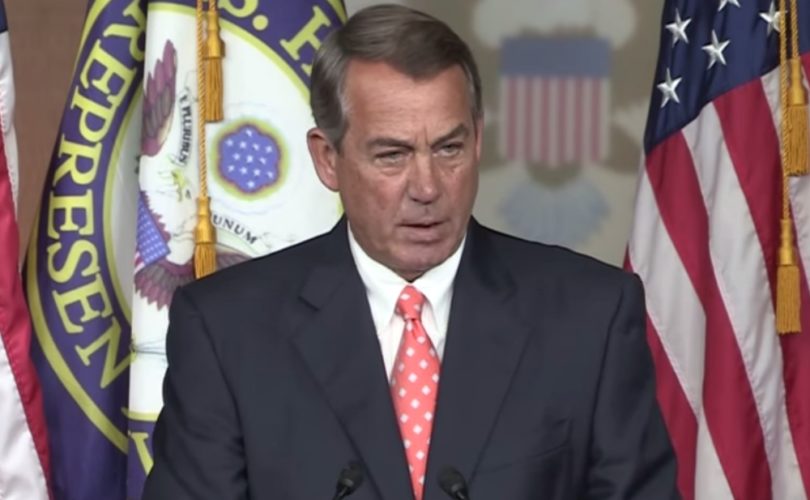 WASHINGTON, D.C., July 16, 2015 (LifeSiteNews) – Speaker of the House John Boehner has made his disgust with the Planned Parenthood fetal organ video evident, saying the footage made him want to vomit.

In a press conference this morning, Boehner announced that “our committees have begun looking at some of the gruesome practices embraced by Planned Parenthood.”

The House Energy and Commerce Commitee, chaired by Michigan Republican Fred Upton, announced it will investigate charges that the abortion provider has illegally trafficked organs extracted from aborted babies yesterday.

“If you’ve seen this video, I don’t have to tell you how sickening it is,” he said. “I could talk about the video, but I think I’d vomit trying to talk about it. It’s disgusting.”

While the U.S. House and a growing number of states have announced they are investigating the abortion giant's practices, the Senate and the U.S. Justice Department have yet to comment on allegations that Planned Parenthood violates at least two federal laws on a nationwide basis.