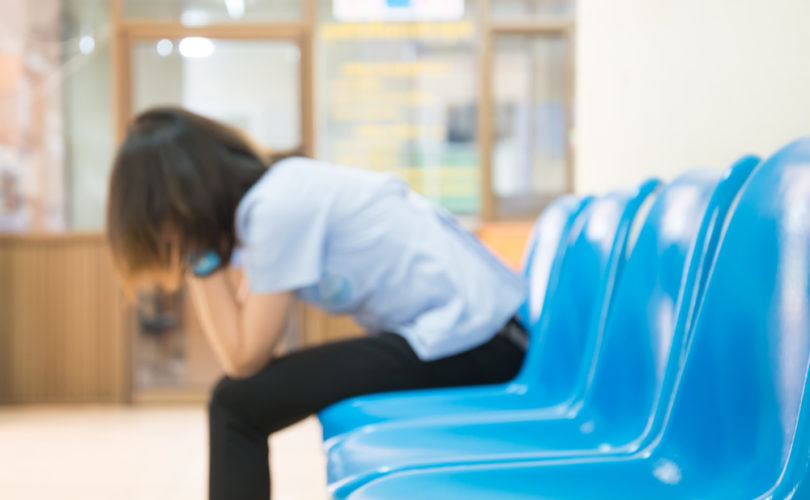 July 16, 2019 (Live Action News) — A video released by California organization Our Watch reportedly shows the ACLU working with California teachers and Planned Parenthood to help instill radical sex education in California schools, as well as to advise children how they can get abortions without their parents' knowledge or consent.

Published on June 26th, the video shows ACLU staff attorney Ruth Dawson in a meeting presented to the public as a discussion on school curriculum. Also present, in addition to the ACLU, was Cardea Services, a training, research, and development organization. During the meeting, Dawson instructed teachers how to prevent parents from opting their children out of objectionable sex education classes, how to explain students' absences from school — so they can get an abortion — to parents, and more.

NO OPT-OUT ALLOWED: The California Sex Ed Indoctrination from Jeremiah Films on Vimeo.

If students are able to get abortions with the aid of their teachers, their parents could have no idea the procedure ever happened at all. “Regardless of how old a student is, they can walk into a doctor's office and consent to these services without parental consent,” Dawson said in the video, referring to abortion, as well as contraception and emergency contraception. “And for these there is no parental notification,” she continued. “I think a good way to think about all these services that California has decided are so important that we are going to allow minors to go into a doctor's office and consent to these services. Because they are just that important and students need to be able to access them.”

The California Healthy Youth Act, AB-329, “prohibits abstinence-only education” and “prohibits any discussion of religious doctrine,” according to the ACLU. It also “aims to teach K–12 students how to ward off HIV and other STDs; to teach 'healthy attitudes' toward sexual orientation, gender, and relationships; and to 'promote understanding of sexuality as a normal part of human development.'” The curriculum expects children from 7th grade and up to be taught “all FDA-approved methods” for preventing pregnancy, HIV, and STDs. In this scenario, abstinence is allowed a mention. As you might expect, at least one representative from Planned Parenthood was involved in creating the curriculum.

However, in taking a closer look at the curriculum, some observant citizens found disturbing and age-inappropriate instruction. The Positive Prevention Plus Sex Ed Curriculum is said to contain “explicit photos and drawings of sexual activity.” Two of the more PG-rated statements shown are, “Foreplay can be enjoyable in itself and can lead to orgasm for both partners without having intercourse,” and, “Above all, remember that there are lots of ways to show you love someone — having sex is only ONE of them.” See the rest here (warning: may be sensitive for some readers). These statements are meant for fifth graders — ten-year-old children.

The controversial new sex ed curriculum was adopted earlier this year and is mandatory throughout the state of California.

In a statement to the Daily Caller, a spokesperson for the ACLU defended the remarks and claimed the video is deceptive, while providing no specifics as to how. “All statements made at that meeting by ACLU representatives are in accord with California law,” an ACLU spokeswoman said. “The video of these remarks has been doctored, thereby distorting the presentation.” However, Tim Thompson, president of Our Watch, feels that the ACLU's advice is unethical.

“They are clearly coaching school district personnel to mark a child as present, supposedly meeting with a school administrator, while actually seeking medical attention (abortion) without parental consent, just so they can still receive their federal funding,” he told the Daily Caller. This, in addition to the radical sex education being given to students, has some parents angry and worried. But unfortunately, it's not unusual, especially if Planned Parenthood is involved.

It's not unusual for this kind of radical sex education to make its way into our schools, but parents have successfully lobbied to have it removed before. If parents are not able to do so in California, then it seems many families will be forced to make difficult decisions when it comes to their children's education.