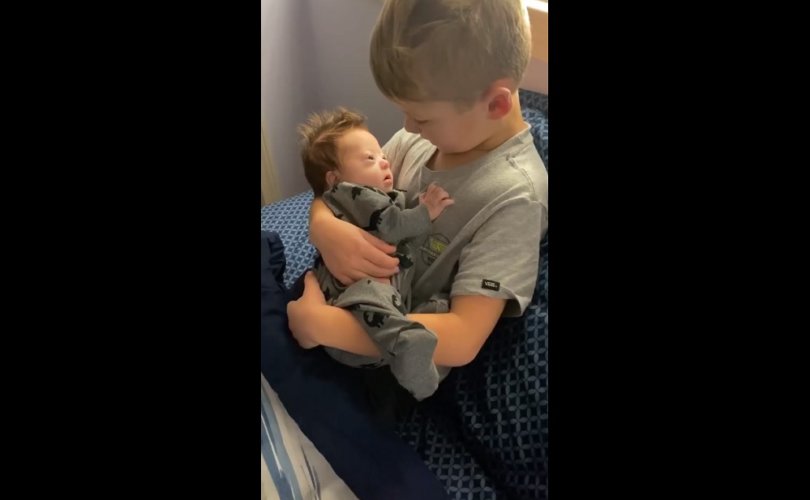 CABOT, Arkansas, January 3, 2020 (LifeSiteNews) — A video of a young boy singing to his newborn brother with Down syndrome is capturing hearts across the nation as it goes viral on social media.

In the video, Rayce can be heard singing:

Posted on Facebook on Monday, the video has now been seen over a million times.

“This is how Rayce bonds with Tripp,” wrote mom Nicole. “He sings to him all the time. He swears this song is about him and his brother.”

“I didn’t want our boys to be ashamed of him,” explained Nicole in a local TV interview.  “He’s still their little brother regardless of what he has.”

Abortion was out of the question

JJ Grieves, the boys’ father, revealed that doctors had “recommended that we terminate the pregnancy.”

His response: “I said absolutely not.”

“It takes a little bit longer to learn and a little bit more care and more loving,” he added, “but isn’t that what the world needs?”