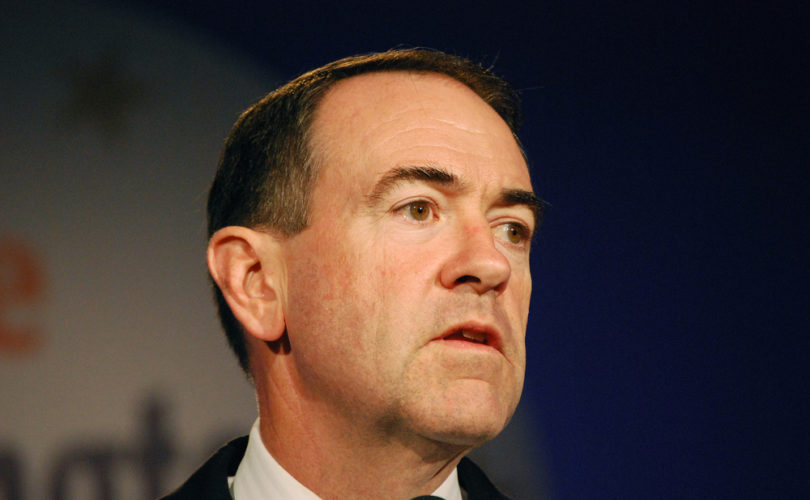 WASHINGTON, D.C., December 8, 2015 (LifeSiteNews) – Presidential candidate Mike Huckabee said he would “absolutely decline” to uphold the Supreme Court's decision redefining marriage – because “it's a matter of saving our republic.”

“I would absolutely decline,” Huckabee told Princeton professor Robert George. “In fact, I would make sure I had an Attorney General who led the Justice Department who would protect, in every way, the rights of those citizens who joined in disagreeing.”

According to Huckabee, “it's a matter of saving our republic, to say that as president, 'we're not going to accept this decision, we will ignore it, we will enforce it. In fact, if a state has same-sex marriage by the vote of its people, we will respect it…”

George and Huckabee agreed that states have the right to define marriage, per the 10th Amendment of the U.S. Constitution. However, George also pressed Huckabee on how he would react if President Obama ignored Supreme Court decisions on gun control or the financing of campaigns.

Huckabee said if a president “got out of control,” Congress could impeach the resident of the White House or withhold funds due to its power of the purse.