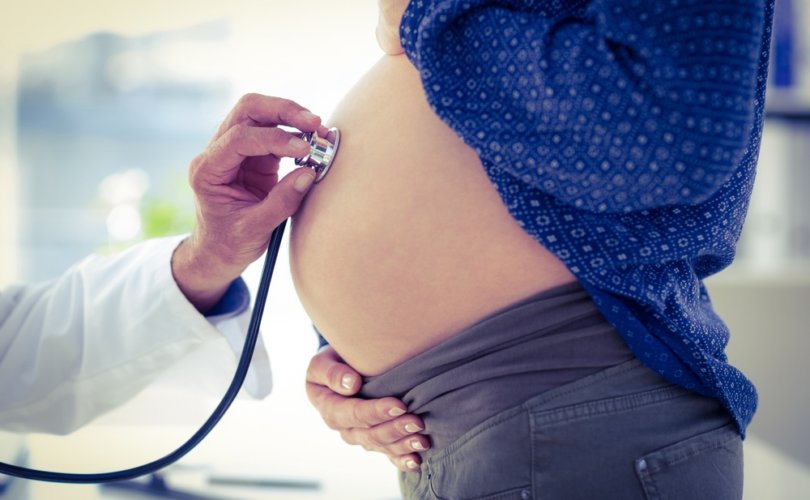 March 20, 2019 (Live Action News) — Jamie Forbes, a newlywed who made headlines for announcing her pregnancy to her husband on their wedding day, later suffered a devastating miscarriage. During this tragic process, Jamie found a new passion: fighting for preborn children just like the precious baby she and her husband lost. She writes on her blog:

We suffered a 13-week miscarriage on New Years Eve 2018. I was told that speaking out about the loss of my daughter helped others deal with their pain. So I began writing this blog, thinking it would not only be therapeutic for me, but perhaps it would help others not feel alone. On my journey I discovered a newfound passion — the fight for life for the unborn — a passion inspired by my never born child….

Because of this passion, Forbes chose to go undercover to expose the fact that late-term abortions are being done on perfectly healthy babies for reasons unrelated to health of the mother or child. “Abortionists themselves have openly admitted that late-term abortions happen for non-medical reasons,” she writes. So she called Southwestern Women's Options, which has locations in Texas and New Mexico, posing as a woman who is 30 weeks pregnant and has decided she wants to abort. The New Mexico facility was willing to accommodate Forbes, when she would have been nearly 32 weeks pregnant — the limit that the facility says it will go to without being determined on a “case by case” basis — likely for medical indications.

While the abortion facility asked Forbes if she had considered adoption, staff there were still willing to abort her child even after she said no, and told the facility she was afraid her husband would leave her.

“The number of late-term abortions could be dramatically higher if women did not have to travel to one of these three locations or raise upwards of $10,000 for these procedures,” writes Forbes — and her video shows that in New Mexico, even a $13,000 abortion could be paid for by taxpayers through Medicaid.

While some in the abortion industry continue to claim that late-term abortions just aren't done on healthy babies, videos like this prove otherwise.