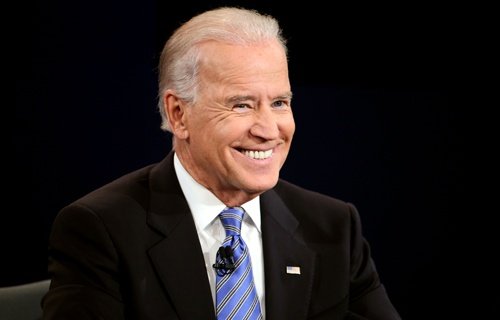 August 14, 2019 (LifeSiteNews) – Former Vice President Joe Biden may still be the frontrunner for the Democrat Party’s 2020 presidential nomination, but in order to win the chance to run against President Donald Trump, he’ll have to confront criticism of his long record of public gaffes.

Over the weekend, video circulated of a field staffer for the conservative group Turning Point USA catching up to Biden at the Iowa State Fair to ask him how many genders he believes exist.

“There are at least three,” he answered. When she asked for elaboration, he admonished her, “Don’t play games with me, kid,” then volunteered, “by the way, first one to come out for (same-sex) marriage was me.”

Earlier in the week, the former vice president came under fire for a racial slip-up during remarks about education. “We have this notion that somehow if you’re poor you cannot do it,” he told the Iowa Asian and Latino Coalition. “Poor kids are just as bright and just as talented as white kids.”

After a brief pause in which only a few audience members offered hesitant applause, Biden apparently realized what he had said and added, “wealthy kids, black kids, Asian kids.”

These back-to-back incidents were only the latest in a long line of gaffes that have dogged Biden throughout his political career, the most infamous of which LifeSiteNews has compiled in the following video:

The video also touches on the related controversy of Biden’s habit of making unwanted physical contact with women at various events, which returned to the fore in April when Lucy Flores, the 2014 Democrat nominee for Lieutenant Governor of Nevada, accused him of grabbing her shoulders, sniffing her hair, and kissing the back of her head at a campaign event, all without her consent.

Notably, left-wing voices and media outlets were among those scrutinizing the former vice president this time around, with Vox’s Laura McGann admitting that the mainstream media previously downplayed such incidents as “just Joe being Joe.”

Members of the Democrat National Committee (DNC) and mainstream media outlets have recently begun speaking openly about the former vice president’s rhetorical struggles, with The New York Times reporting that some of his own advisers privately admit the “slip-ups have become part of a pattern … that has been enormously frustrating to them.”

Like the rest of the 2020 Democrat field, Biden is campaigning as a pro-abortion absolutist who enshrines abortion on demand, and at taxpayer expense, into federal law. He has also identified the so-called Equality Act, which would mandate a wide range of private entities accommodate sexual orientation or “gender identity,” as one of his top priorities.