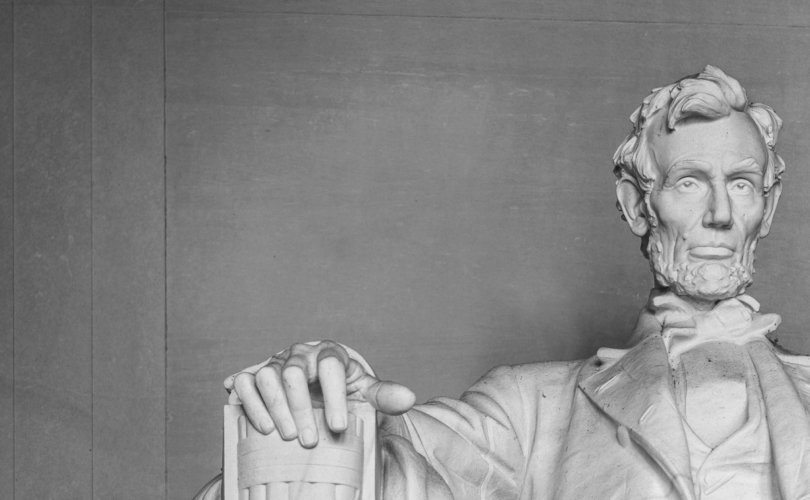 WASHINGTON, D.C., November 4, 2013 (LifeSiteNews.com) – They were both Illinois Republicans, but some say Senator Mark Kirk believes he and Abraham Lincoln have a lot more in common than that.

On the Senate floor on Monday, Kirk said his decision to support the Employment Non-Discrimination Act (ENDA) – a controversial measure that would ban nearly any employer from refusing to hire homosexuals, bisexuals, or those who consider themselves transgender, even if the employer has religious objections – could be likened to the work of the Great Emancipator.

“I think it's particularly appropriate for an Illinois Republican to speak on behalf of this measure,” Kirk said, “in the true tradition of Everett McKinley Dirksen and Abraham Lincoln, men who gave us the 1964 Civil Rights Act and the 13th amendment to the Constitution.”

Dirksen, the powerful leader of the Republican minority in the U.S. Senate in the 1960s, played an unsung role in drafting and delivering the votes necessary to pass the 1964 Civil Rights Act.

President Lyndon Baines Johnson, formerly his chief rival, told him, “You come with me on this bill, and 200 years from now school children will know only two names: Abraham Lincoln and Everett Dirksen.”

Aside from a Senate office building bearing his name, Dirksen has largely been relegated to the margins of history books.

Conservatives in Kirk's own state feel his comparisons are erroneous. The Illinois Family Institute said that, unlike personal characteristics such as race and nation of origin, homosexuality “is constituted by subjective feelings and volitional behaviors that many consider immoral.”

“Decent people should have compassion for those who are afflicted with gender confusion, gender dysphoria, or Gender Identity Disorder.,” IFI said on the eve of the vote. “But decency, compassion, and love do not require people to affirm disordered thinking as right thinking.”