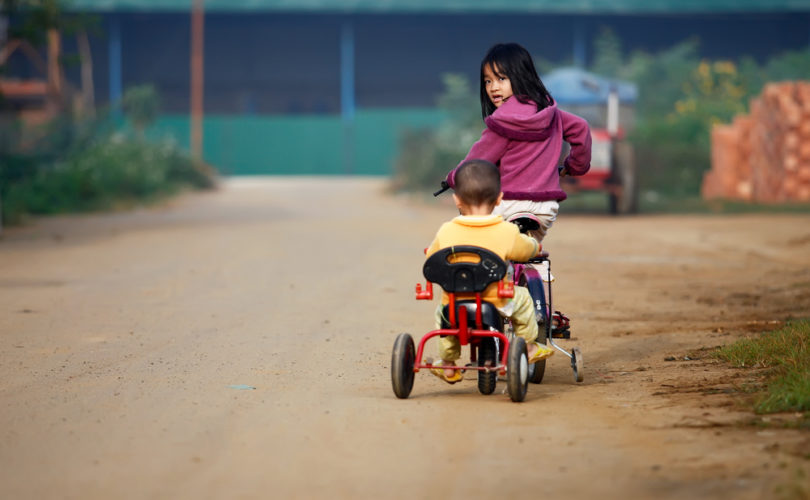 HO CHI MINH CITY, Vietnam, June 10, 2015 (LifeSiteNews) – While Burma is moving to impose greater restrictions on birth and China is holding onto its draconian one-child policy, Vietnam has admitted it faces a dangerous population decline and plans to let families decide for themselves how many children to have.

Vietnam has restricted families to two children for 50 years, with a brief easing of the limits between 2003 and 2009. Now the national parliament is set to approve a government proposal that parents be allowed as many children as they want, reports the English-language Thanh Nien News.

Since 2009 the national fertility rate has fallen below replacement of 2.1 children per woman, varying regionally from as low as 1.67 in Ho Chi Minh City and as high as 2.95 in the rural province of Ha Tinh.

The same paper reported that a recent World Bank analysis showed South East Asia was aging more rapidly than any region in history, thanks to the rapid decline in its birth rate and greater health and longevity. About a third of Vietnam’s elderly are still working. A meagre government pension of under $9 USD a month kicks in at age 80.

Compounding the problem is Vietnam’s abortion rate. Officially 40 percent of Vietnam’s pregnancies end in abortion, making it among the highest in the world. But many more abortions are not counted, on single women fearing social censure, according to Thanh Nien News.

Burma has just passed The Population Control and Healthcare Act that empowers the government to set birth spacing. The country already has a two-child policy that is enforced chiefly against the Rohingya, Muslim minority ethnic group, and it is feared by human rights group the new law will also target them.

Meanwhile China’s one-child policy is maintained with great brutality, U.S. Congress heard in April testimony, by a “family planning” police force numerous enough to make it the world’s sixth largest army. Violators are punished and abortions forced on pregnant women, while the popular preference to abort females would leave up to 25 percent of the eligible male population never married by 2030.

Steven Mosher, president of the Population Research Institute, commented on Vietnam’s policy shift, telling LifeSiteNews, “I celebrate the fact that the Vietnamese government is returning control of fertility back to the Vietnamese people. Couples have a natural right to determine the number and spacing of their children, a right which Vietnam took away from them a half century ago. Let's hope that other countries in Asia like China, which restrict childbearing under a state plan, will follow suit. It would be an important step in the direction of respecting human rights.”