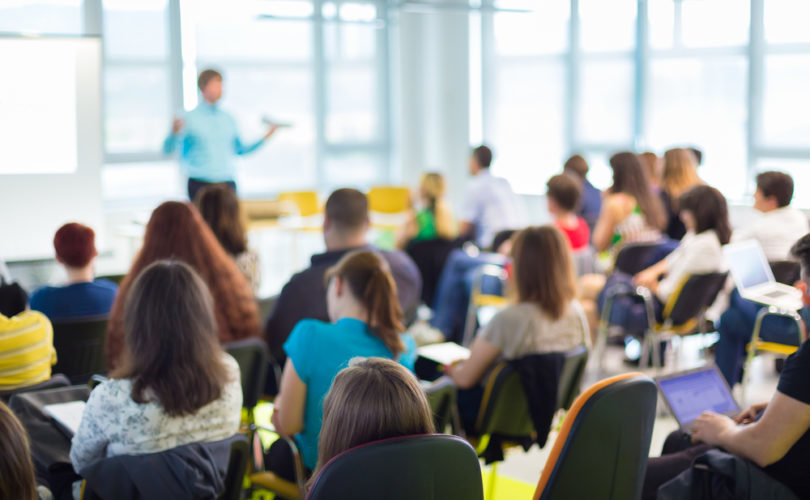 Villanova University recently hosted its second annual “LGBTQ Awareness Week,” a four-day event organized by the Villanova Gay-Straight Coalition which sponsored numerous activities, according to The Villanovan, including a lecture that apparently undermined Catholic teaching on sexual identity.

The lecture in question, titled “Moving Beyond the Gender Binary: What We Need to Know About Gender Expression,” was given by Villanova psychology professor Katina Sawyer. According to The Villanovan, the lecture “discussed the spectrum of gender and how individuals engage in different kinds of gender expression.”

However, the Catechism of the Catholic Church teaches that “man and woman have been created… in their respective beings as man and woman.” Additionally, “‘Being man’ or ‘being woman’ is a reality which is good and willed by God” and “they reflect the Creator’s wisdom and goodness.”

Villanova did not provide a response to The Cardinal Newman Society by time of publication on whether the lecture integrated Catholic teaching or how the week’s events would impact the University’s Catholic identity.

Kathy Byrnes, associate vice president for student life and advisor for the Gay-Straight Coalition, told The Villanovan, “As a Catholic school and a school that’s founded on a Christian message that we should love one another, it’s really important to acknowledge, but more important celebrate our LGBTQ students because we love them, they’re valuable.”

“Villanova can maybe be a beacon of light in modeling of how people can stay faithful, be faithful and still celebrate whether they’re LGBT themselves, or celebrate their LGBT brothers and sisters,” Byrnes reportedly said.