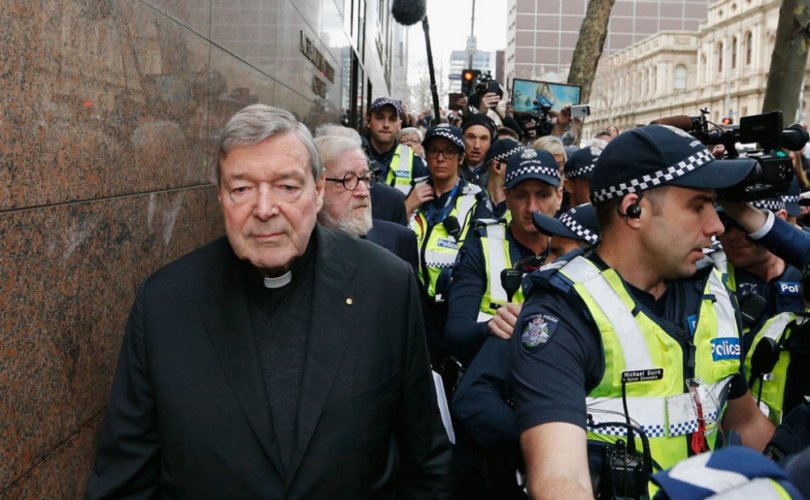 August 19, 2020 (LifeSiteNews) — Cardinal George Pell, who spent 404 days in solitary confinement for charges of child sexual abuse of which he was exonerated this year, will be publishing his prison journal in book form in early 2021.

Ignatius Press has announced that Pell’s work, titled Prison Journal: The Cardinal Makes His Appeal will be available in paperback and e-book forms.

In a press release, Father Joseph Fessio, S.J., editor of Ignatius Press, said Prison Journal is “extraordinary” and “is going to be a spiritual classic.”

“This is not just about Cardinal Pell. His victory was not just a victory for one man. It was a victory for the Church. And not just the Church in Australia. It revealed to all the world just how far the Church’s enemies will go and how deceitful they will be to discredit her,” said Fessio about the book.

“PRISON JOURNAL contains his reflections not only on the pain of being falsely accused and unjustly imprisoned, but also on the meaning of suffering in the life of a Christian and the divine command to forgive one’s enemies.”

While Ignatius Press will be publishing the first volume of the book series next year, digital installments of the book are now available for a fee of five dollars a month at https://www.pellprisonjournal.com. One can also pre-order the book.

Fessio said the full journal will be around 1,000 pages and will be printed in three or four volumes, the first of which will be released in the spring of 2021.

Author George Weigel said in his introduction of the book that it is a “testament” to God’s grace.

“Prison Journal is a testament to the capacity of God’s grace to inspire insight, magnanimity and goodness amidst wickedness, evil and injustice. That it was written so beautifully bears witness to the Christian character that divine grace formed in its author, George Cardinal Pell,” wrote Weigel.

Pell said his “faith and daily prayer” are what sustained him while incarcerated in a video interview that was live-streamed as part of the 10th annual Napa Institute conference, which was held virtually this year.

“I was quite confident that my small sufferings — and they weren’t enormous — were something that could be offered, with Christ’s suffering, for the good of the Church,” said Pell in the interview.

The 79-year-old Pell was jailed in February of 2019 after he was found guilty by a jury in December of 2018 for two counts of sexual assault against a minor. He was sentenced to six years in prison with no chance of parole for three years and eight months.

Pell always proclaimed that he was innocent of the charges, which stemmed from unverified testimony from only one person. Pell appealed the charges, and last year, he was granted an appeal hearing in Australia’s High Court.

In April, the High Court of Australia exonerated Pell of his convictions of child sexual abuse and ordered that he be released from jail. The decision was unanimous among the court’s seven justices.

Pell said he held “no ill will” against his accuser and that he did not “want my acquittal to add to the hurt and bitterness so many feel.”

Pell was serving in Rome at the Vatican’s Secretariat for the Economy when he first heard of the charges in 2017.

It is speculated that he was working to reform the Vatican's finances, which included his opposition to a  50-million-euro loan that would have assisted the Vatican in purchasing a scandal-ridden Roman hospital.

Pell voluntarily returned to Australia from Rome to face the charges, saying he was “innocent of these charges. They are false. The whole idea of sexual abuse is abhorrent to me.”

Ignatius Press has set up a website aimed to collect donations to help Pell pay for outstanding legal dues he incurred to defend himself against the charges.