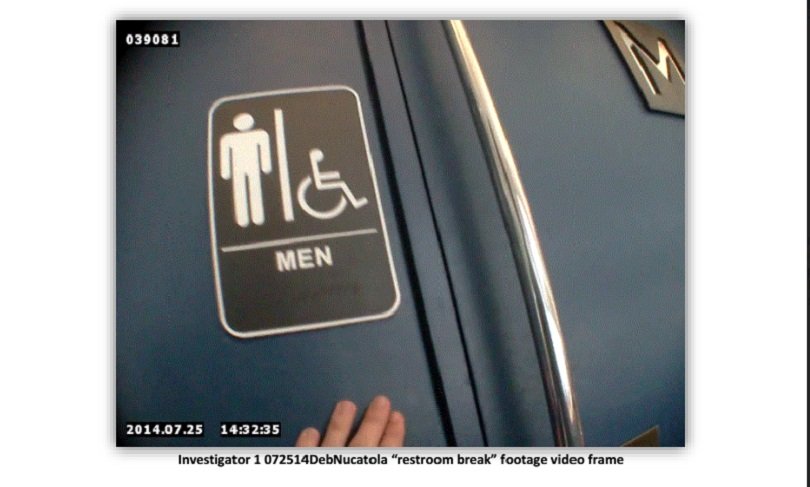 A scene from footage removed from the CMP videos.

WASHINGTON, D.C., September 29, 2015 (LifeSiteNews) – The undercover videos of Planned Parenthood shot by the Center for Medical Progress are authentic and unaltered, according to a forensics report released this morning.

Every second of video footage recorded by CMP was given to Coalfire, a forensics firm that does analysis for criminal investigations.

“The video recordings are authentic and show no evidence of manipulation or editing,” Coalfire said in its comprehensive, 14-page report. “This conclusion is supported by the consistency of the video file date and time stamps, the video timecode, as well as the folder and file naming scheme. The uniformity between the footage from the cameras from the two investigators also support the evidence that the video recordings are authentic.”

Any edits made to online footage uploaded to YouTube was done only to “eliminate non-pertinent footage, including 'commuting,' 'waiting,' 'adjusting recording equipment,' 'meals,' or 'restroom breaks.'”

All the footage removed was “lacking pertinent conversation,” Coalfire concluded in the report, requested by the Alliance Defending Freedom (ADF).

“The Coalfire report had access to every second of released audio and video investigative footage recorded by CMP and analyzed that footage to verify and authenticate all of the videos on the CMP YouTube page,” the ADF noted.

That report contrasts sharply with the tone of an earlier report paid for by Planned Parenthood, and produced by Fusion GPS, a D.C.-based opposition research firm linked to the Democratic Party. Its founder, Glenn Simpson, was once a lobbyist for a sheikh who approved of the burning of the U.S. flag during wartime. The Wall Street Journal referred to Fusion as “Mr. Simpson's chop shop.”

Fusion also acknowledged the edits “removed likely irrelevant content” from the videos, and that it found no intention to deceive. However, the Planned Parenthood-funded report said the CMP videos have “no evidentiary value” and “lack credibility as journalistic products.”

“The Coalfire forensic analysis removes any doubt that the full length undercover videos released by Center for Medical Progress are authentic and have not been manipulated,” ADF Senior Counsel Casey Mattox said. “Analysts scrutinized every second of video recorded during the investigation and released by CMP to date and found only bathroom breaks and other non-pertinent footage had been removed.”

For instance, Coalfire logged a one-minute-long restroom break in one video. Another gap lasted a mere four seconds.

Other breaks include footage of the investigators' commute, as the camera pointed out the window at the clouds.

“Planned Parenthood can no longer hide behind a smokescreen of false accusations and should now answer for what appear to be the very real crimes revealed by the CMP investigation,” Mattox said.

The report arrives as Planned Parenthood President Cecile Richards is testifying before Congress in an investigation into the claims recorded on those tapes: that Planned Parenthood alters its abortion method, may use an illegal partial birth abortion procedure, and illegally profits from the sale of fetal organs.

It also comes as Congress determines whether depriving Planned Parenthood of its $500 million-plus annual taxpayer subsidy is worth a showdown with Barack Obama and a possible, partial government shutdown next month.

Pro-life advocates say whatever tactic is used, the abortion industry in general – and Planned Parenthood in particular – must be defunded in their entirety.

“American taxpayer money should be redirected to fund local community health centers and not subsidize a scandal-ridden, billion-dollar abortion business. Planned Parenthood is an organization that cares about one thing: making a profit at the expense of women’s health. The investigative videos, whose authenticity was confirmed by the report, show that Planned Parenthood is an abortion-machine whose top executives and doctors haggle and joke about the harvesting and selling of baby body parts,” said ADF Legal Communications Director Kerri Kupec. “Women deserve far better.”