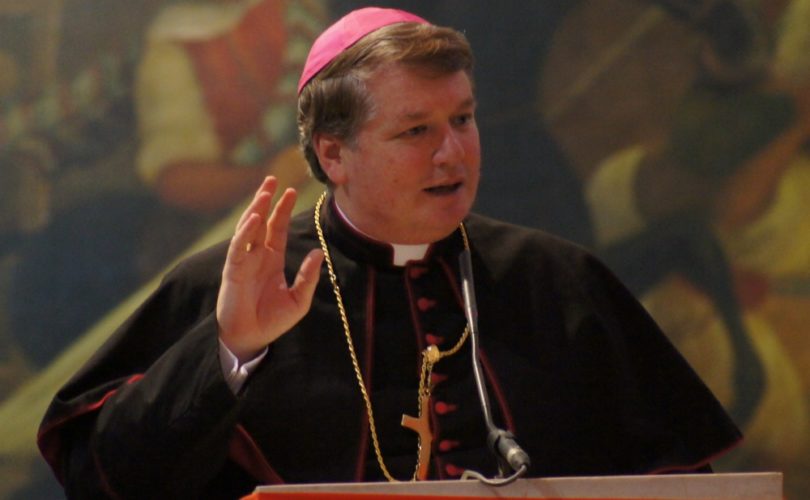 SYDNEY, Australia, September 20, 2016 (LifeSiteNews) – Threats against hotel staff and a deluge of unearned one-star guest ratings have forced a coalition of family groups opposed to same-sex “marriage” to move their scheduled meeting from the Mercure Sydney Hotel into the offices of the Catholic archdiocese.

Tio Faulkner, spokesman for the Family Alliance, one of four groups holding a strategy session about a proposed national plebiscite on same-sex “marriage” set for February 11, told LifeSiteNews the meeting of 150 leaders of family, ethnic, and religious groups from all over Australia will go ahead Tuesday night at the Sydney Catholic Archdiocesan offices.

“We expect some protests outside, but that’s par for the course,” Faulkner said. According to a joint statement from Faulkner’s group and also the Australian Christian Lobby, Sydney Anglicans, and Sydney Catholics, “threats of violence” against the hotel staff forced the Accors Hotel Group to cancel the event.

A hotel spokeswoman told the Australian newspaper that the Accor Hotel Group closed its Facebook page because comments from same-sex “marriage” supporters had “disturbed” and “rattled” hotel staff. “We’ve conducted an objective review regarding the safety and security of our hotel guests and staff,” she said. “Following this review, the event will no longer take place next week.”

But it will, thanks to the Catholic Church’s ongoing support. Sydney Archbishop Anthony Fisher, a strong opponent of same-sex “marriage,” not only provided the replacement venue, he weighed into the controversy, arguing in the Australian “that it was beneath Australians to treat supporters of traditional marriage as proponents of bigotry.”

But same-sex “marriage” advocates are saying exactly that. Labour Party Leader Bill Shorten has justified his decision to have Labour MPs vote against holding the plebiscite, claiming that a national vote would incite violence from conservative bigots.

Similar charges were made by LGBT activist Simon Hunt, who blogs in his drag queen persona of Pauline Pantsdown. He claimed that homosexual or transgender children staying at the Sydney Mercure would be at risk from “dangerous, predatory” conferees. In the past, he claimed, the Australian Christian Lobby posted pictures of LGBT children, thereby exposing them to physical attack.

Supporters of same-sex “marriage” responded by attacking the hotel via social media. According to the Samesame.com news website, “On Friday morning, Mercure Sydney International Airport Hotel suspended their social media accounts after more than 160 LGBTIQA people and their allies posted one-star reviews on the hotel’s Facebook page, dropping the hotel’s star rating to 2.9.” Faulker noted: “You don’t have to have ever stayed at a hotel to give it a rating.”

Faulkner said the leadership meeting was intended to coordinate the national campaign to defeat the non-binding plebiscite scheduled by the Cabinet for February 11. Whether the tally will even take place is, he told LifeSiteNews, “the million dollar question,” because the government does not have the necessary votes in the Senate to enact the plebiscite.

Faulker said SSM promoters now oppose a plebiscite because they believe they would lose, even though polling shows 60 percent public support for same-sex “marriage.” “It depends on how you ask the question,” he said. “Australians are very much for equality, so if the question is about treating gays the same as anyone else, most are for it.”

But Australians are also in favor of being left alone, “with nobody else telling them what to think or how to raise their children.” The opposition has concentrated on warning voters of the consequences of recognizing same-sex relationships, in terms of how legalization has led to state sanctions against confessional universities and entrepreneurs such as bakers and bed and breakfast operators who refuse for religious reasons to service homosexual weddings.

“The Labour Party now opposes the plebiscite,” Faulker said, “because it believes it cannot win it.”