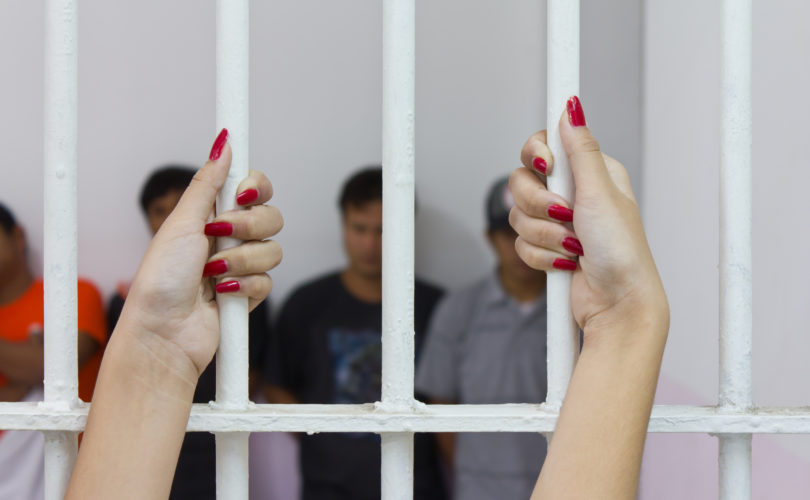 EAST SUSSEX, England, March 3, 2020 (LifeSiteNews) – A biological male in the United Kingdom pleaded guilty to assault after an attempted robbery last month, but he will not spend time in prison because a judge couldn’t determine whether to send the “transgender woman” to a male or female facility.

Leila Le Fey, (also known as Layla Le Fey, Adam Hodgson, and Marcus Smith) pleaded guilty after threatening a man with a claw hammer in the course of attempting to steal wine from a Budgens store, the Daily Mail reported. It was only the latest of more than 50 offenses on his record, including multiple cases involving shoplifting and weapons.

Calling La Fey’s actions “inexcusable,” Judge Stephen Mooney initially gave him a six-month sentence, but suspended it after his lawyers argued that La Fey’s lack of a Gender Recognition Certificate, which are only issued to people who have spent at least two years living as the opposite sex, would send him to a men’s facility. It is unknown whether La Fey has surgically transitioned.

“We live in a society which acknowledges and embraces diversity and allows and encourages people to live the life they want to,” Mooney said. “Sometimes society does not make the necessary or appropriate adjustments in all ways it can to reflect the adjustments of society as a whole.”

“Having reflected again upon the impact an immediate custodial sentence would have, the difficulties there are and the intractable problems the prison service would face, I have reconsidered whether imprisonment must be immediate,” he concluded. “In light of this information, I have come to the conclusion that in your particular case it allows me to hope for some form of rehabilitation.”

Instead of jail time, La Fey will be required to complete 30 rehabilitation sessions, presumably related to a substance abuse problem to which his attorney’s partly attributed his latest crime.

“I am sick and tired of men using self-identification in order to abuse and prey on women and girls and to be given a ‘get out of jail free’ card,” Julie Bindel wrote at the UK Spectator. “A record number of male offenders in prison now identify as female. The Daily Telegraph reported that there are more than 100 such prisoners, double the figure from two years ago. Fair Play for Women estimates that half of all transgender prisoners are sex offenders or dangerous category A inmates.”

There has been growing concern across North America and Europe over placing men who claim to be women in female prison populations, spurred by cases like that of Stephen Wood, who assaulted four female inmates after being housed in a women’s facility as “Karen White.” Canada and Scotland have also seen cases of male prisoners claiming “transgender” status in order to secure lighter treatment during their incarceration.