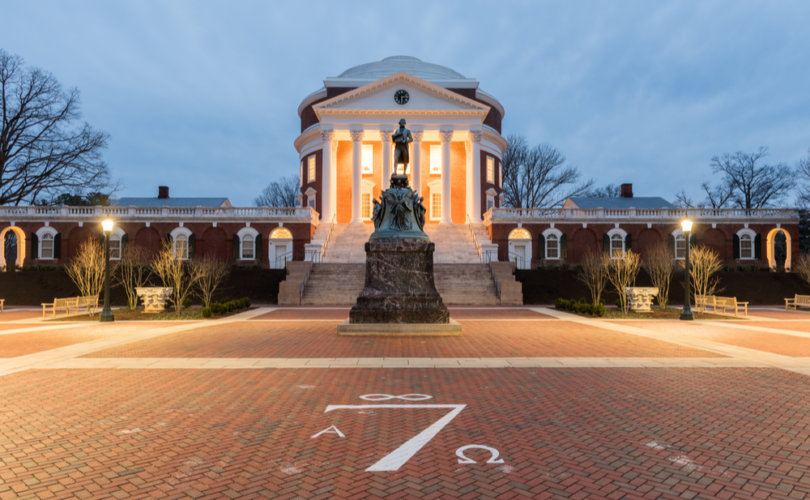 RICHMOND, Virginia (LifeSiteNews) — Virginia’s new Republican-appointed attorney general has issued a legal opinion asserting that state universities cannot mandate COVID shots for students since “nowhere in the Code of Virginia does the law say that Virginia public institutions can require vaccinations as a condition of enrollment or in-person attendance.”

In a Friday letter addressed to Virginia’s newly minted Republican Gov. Glenn Youngkin, Virginia Attorney General Jason S. Miyares advised the governor that state-funded colleges and universities may not force students to get jabbed with the experimental COVID-19 shots in order to enroll in classes or attend the institution in-person.

Miyares acknowledged that certain vaccinations, including those for diphtheria, tetanus, and measles, have long been required for enrollment in public institutions of higher learning.

At the same time, he pointed out that the list of required vaccinations in Virginia does not include the experimental injections for the coronavirus.

According to Miyares, authority to add COVID jabs to the list of required shots would need to come from Virginia’s legislature. Since no law has been passed permitting colleges and universities to mandate the experimental jabs, according to Miyares, those institutions may not do so.

“Although the General Assembly specifically authorized public institutions of higher education to assist the Department of Health and local health departments in the administration of the COVID-19 vaccine, the legislation did not grant such institutions power to impose vaccine requirements,” he wrote.

“For the reasons stated herein, I conclude that, absent specific authority conferred by the General Assembly, public institutions of higher education in Virginia may not require vaccination against COVID-19 as a general condition of students’ enrollment or in-person attendance,” the attorney general stated.

Miyares’ legal opinion comes as many colleges and universities throughout Virginia and the United States more broadly have made COVID-19 inoculation a pre-condition for enrollment and in-person attendance, often combining jab requirements with mask mandates regardless of vaccination status.

The advice also adds to a major shift in policy within the state, with Virginia’s new Republican leadership headed by Gov. Youngkin acting swiftly to deliver on conservative campaign promises.

On his first day in office on January 15, Youngkin signed a raft of executive orders making sure that parents have the exclusive right to decide whether or not their children wear masks in school, reversing COVID-related business regulations, and eliminating COVID jab mandates for state employees.

To parents, I say: We respect you. And we will continue to work to empower you in the education and well-being of your children.https://t.co/fyk5Rl3ezh

Gov. Youngkin’s moves to shift policy to honor the personal decision-making of his constituents has drawn fire from proponents of top-down mandates and restrictions. In defiance of Youngkin’s order banning mask mandates, for example, school districts throughout the state have responded by actively segregating and suspending students who come to school without wearing masks.

Prior to issuing his legal opinion on the issue of university jab mandates, Miyares sparked criticism last week when he fired a Democrat lawyer employed as the University of Virginia’s legal counsel, who had been on leave from his position to investigate the riot at the Capitol on January 6, 2021, in collaboration with the Democrat-led January 6 Committee.

“The decision had nothing to do with the January 6th committee or their investigations,” the attorney general’s spokeswoman Victoria LaCivita told The Washington Examiner in a statement. “It is common practice for an incoming administration to appoint new staff that share the philosophical and legal approach of the Attorney General. Every counsel serves at the pleasure of the Attorney General.”