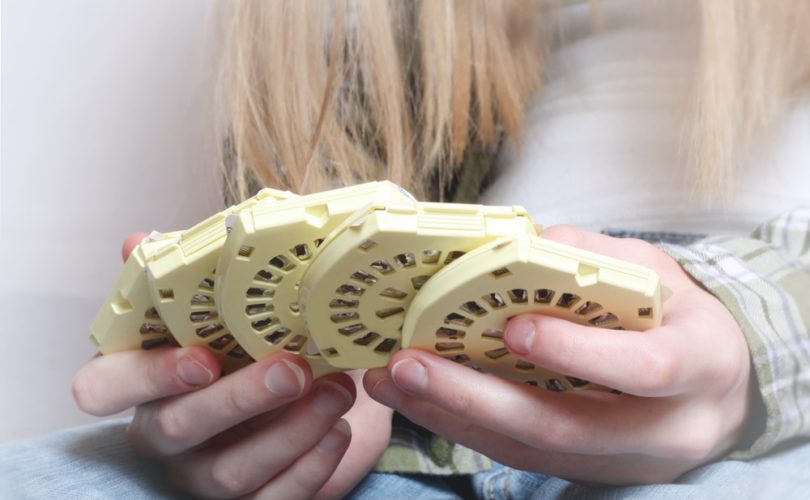 RICHMOND, Virginia, January 8, 2020 (LifeSiteNews) — A Democrat-sponsored bill in Virginia would treat minors as adults for the purpose of consenting to birth control, vaccines, and “medical or health services required in case of … pregnancy or family planning except for the purposes of sexual sterilization.”

The bill, Senate Bill 104, includes the stipulation that the commonwealth’s law requiring parental consent for abortion would remain in effect. It would also allow minors to receive “[m]edical or health services needed to determine the presence of or to treat venereal disease or any infectious or contagious disease that the State Board of Health requires to be reported.”

The bill is sponsored by Sen. Barbara Favola, a Planned Parenthood–endorsed leftist whose website touts her work as a “lifelong pro-choice advocate” and her “LGBTQ Rights” activism. Favola represents parts of Arlington, Fairfax, and Loudoun counties.

For the first time in 26 years, during November’s elections, Democrats seized control of both chambers of the Virginia legislature and the governorship. They have promised to implement a progressive agenda focusing on a variety of liberal issues, including abortion on demand.

One of the most serious side effects of hormonal birth control is blood clots, which can be fatal. In 2016, a 17-year-old Romanian ballerina living in England died from a blood clot caused by hormonal contraception. She is not the only young woman to have died from taking the pill.

“We strongly support the right of loving parents to make informed medical decisions with and for their children,” Michael Ramey, executive director of parentalrights.org, told LifeSiteNews in a previous interview. “Natural bonds of affection lead parents to act in the best interest of their children.”

“Now lawmakers want to steal that role from the parents at the behest of the pharmaceutical companies,” he said. “Unlike lawmakers, parents aren’t getting campaign contributions; their only motivation is the health and well-being of their child.”

For more than a decade, there have been efforts underway in New York to allow teens to receive the Human Papilloma Virus (HPV) vaccine without parental consent. The New York Department of Health ultimately simply changed regulations after legislative efforts failed.

A May 2019 New Jersey bill would have allowed minors as young as 14 to receive various shots without parental consent. California; Delaware; and Washington, D.C., allow minors to be vaccinated for HPV and hepatitis B without parental involvement.

Meanwhile, “no jurisdiction explicitly prohibits minors’ access to PrEP” — a daily sex drug meant to lower risk of HIV contraction — “without parental/guardian consent,” according to the Centers for Disease Control (CDC).

PrEP is intended for people who engage in risky sexual activity with partners of unknown or positive HIV status and those who share needles when injecting drugs. It does not guarantee protection from HIV.

S.B. 104 comes amid an aggressive push to force more children to receive optional medical interventions — i.e., vaccines — regardless of parental concerns about aborted fetal tissue in most vaccines and the shots’ manufacturer-acknowledged risks, such as seizures, diabetes, and death. There has been widespread panicked media coverage about vaccine “foes” and diseases like measles, with social media giants censoring or putting warnings above content that questions the safety of vaccines.

If S.B. 104 becomes law, there will be no guarantee parents will know if their children had received vaccines at daycare, at school, or at another location. It seems that under the proposed law, after having been deemed “to the satisfaction of a health care practitioner” to possess “the ability to understand at the same comprehension level as an adult the risks and benefits associated with vaccinations and immunizations,” there is no mechanism in place to notify parents after their children “consented” to a vaccine.

“A minor shall also be deemed an adult for the purpose of accessing or authorizing the disclosure of medical records related to” the subdivisions of the bill that allow minors to consent to vaccines and birth control, the bill says. That language originally did not cover vaccinations — only medical records about birth control, STDs, and some mental health or substance abuse-related matters.

If a child experienced serious side effects from a vaccine or birth control, parents’ lack of knowledge of the shot or drug having been administered could prevent them and emergency room doctors from effectively treating the child. It’s unclear if parents would ever be able to access the medical records indicating that their child had received birth control or a vaccination.

The bill also opens the door for children to, unbeknownst to parents, receive double doses of government-recommended shots. This could happen if at daycare or school a child was deemed by a “health care practitioner” to be mature enough to consent to a vaccine, received that vaccine, did not tell his parents, and then was subsequently administered by a family pediatrician the same vaccine with parental permission.

In Virginia, minors need parental permission to be given Advil in school or have their ears pierced.