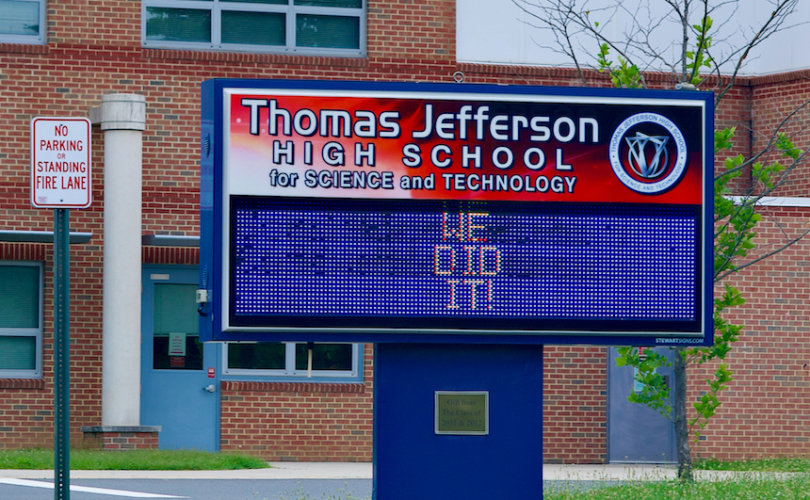 FAIRFAX COUNTY, Virginia (LifeSiteNews) – A Virginia father will no longer face charges of slander and libel for accusing an activist of “grooming” a student at his son’s high school, after prosecutors said Thursday that they will not seek to pursue the case and a judge dismissed the charges.

Fairfax County, Virginia, assistant prosecutor Paul Vitale wrote in a filing that “the Commonwealth does not believe there is sufficient evidence” to prosecute the charges against Harry Jackson, the Daily Wire reported. A Fairfax County judge on Friday granted Jackson’s motion to have the charges dismissed with prejudice.

Torrico initially filed two complaints against Jackson after he tweeted that the teacher engaged in “grooming” behavior during an online PTSA meeting in November 2020.

Torrico attended the meeting despite not having a child at TJ and discussed outreach for a middle school leadership event with a high school senior. After the student asked Torrico for his email address in the online chat, Torrico responded with a smiley face emoji.

Asra Nomani, who co-founded the grassroots conservative group Coalition for TJ with Jackson, said that the exchange disturbed parents and teachers in attendance.

“Parents (including me) and staff expressed concern with the principal, Ann Bonitatibus, about an adult having private communication with a student,” Nomani wrote in a Substack post.

Bonitatibus later appeared to criticize Torrico’s behavior in an email: “An exchange such as what happened on the Zoom meeting, while all within the public eye, is proof positive why FCPS has clear guidelines for which platforms are used for adults to interact with students.”

Are local prosecutors now going after parents? Here is video dad Harry Jackson recorded as two Fairfax County Police officers served him for the alleged criminal act of "slander and libel." Here is my column on how this is targeted intimidation of a dad: https://t.co/bRYxDXqdxH pic.twitter.com/vk0goWvCJc

The day after the PTSA meeting, Jackson tweeted at Torrico accusing him of “‘grooming’ behavior.” “I am not comfortable working with you in engaging children,” Jackson wrote in a Twitter thread about race-based admissions policies at TJ.

After seeing you in action last night, I am not comfortable working with you in engaging children. It was very disturbing seeing you exhibit 'grooming' behavior. I do work with children and I get background checks, I suggest you do the same because last night was creepy.

Torrico eventually brought a criminal complaint in September 2021 against Jackson, according to court documents filed by Jackson’s attorney, Marina Medvin. A magistrate charged the father with two Class 3 misdemeanors.

The summonses claimed that Jackson could have acted illegally by making statements that “tend to violence and breach of the peace,” though he never urged violence against Torrico. They also bizarrely invoked a 1950s Virginia law against slandering women’s chastity.

“Criminal charges for defamation are exceedingly rare in America, where purported defamation is almost always a civil matter,” the Daily Wire noted.

Jackson asked for the charges to be dismissed in a court appearance earlier this year, arguing that they violated his constitutional rights, but the office of Fairfax Commonwealth Attorney Steve Descano requested more time to investigate the case, according to Medvin.

Descano is one of several Virginia prosecutors whose campaigns received have hundreds of thousands of dollars from a political action committee backed by George Soros. His office has faced sharp criticism, including for lenient deals with child molesters and for recently letting off a woman accused of abusing a baby.

Last month, Jackson received two more summonses after Torrico filed additional complaints. But on Thursday, Descano’s office told the judge that it will not seek to move forward with the case, while attempting to leave the door open to re-filing the charges in the future.

Medvin blasted the move in response, calling it “a constitutional copout” and noting Jackson requested “dismissal with prejudice, a true closure in a criminal case.”

“By seeking to nolle prosequi instead of joining Defendant in his Motion to Dismiss and securing dismissal on constitutional grounds, the Commonwealth’s Attorney’s Office is opening the door to continued harassment of Harry Jackson and any other individual whom the Complainant and others like him find offensive,” Medvin said.

Jackson also notably opposed an effort by the Fairfax County school board, backed by Torrico and the TJ Alumni Action Group, to ax the school’s race-blind admissions test. Jackson’s Coalition for TJ has taken the school board to court for removing the admissions exam and won a summary judgment in February.