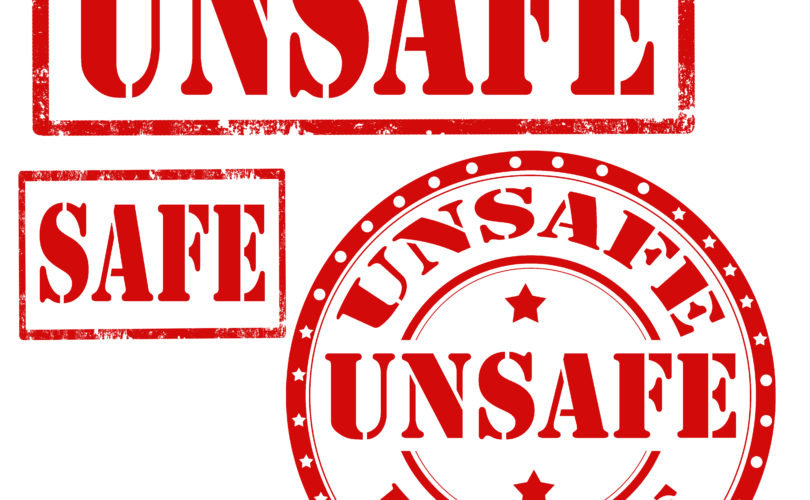 A troubled abortion facility whose owner is so disreputable that even the head of the National Abortion Federation thinks he should be shut down, has been granted a variance by the Virginia Health Department allowing it to avoid compliance with new minimum facility safety standards.

In fact, the owner of Virginia Women’s Wellness, the notorious New Jersey abortionist Steven Chase Brigham, lost his last medical license last week when the New Jersey Board of Medical Examiners voted to revoke his license due to a pattern of deception and dangerous, abusive practices that have characterized his 30-year abortion career.

Now, because New Jersey does not allow unlicensed practitioners to operate medical facilities, Brigham has 90 days to divest himself of ownership in the eight abortion facilities he operates in New Jersey or shut them down.

Brigham was previously ordered to never again have anything to do with abortion facilities in Pennsylvania after he continued to operate substandard facilities long after that that state revoked his medical license. Last year, the state of Maryland shut down his four abortion offices in that state after discovering a slew of violations that endangered patients, including the death of Maria Santiago at his seedy abortion mill that was run out of a residential condo complex. Brigham’s New York medical license was revoked in 1994 and Florida followed suit in 1996.

“If Brigham is unfit to operate abortion facilities in New Jersey, Pennsylvania, New York, and Maryland, he certainly isn’t fit to operate in Virginia or any other state,” said Troy Newman, president of Operation Rescue, which has worked for over ten years to expose Brigham’s abortion abuses and bring him to justice. “Yet, Virginia’s current radical pro-abortion administration is not only allowing Brigham’s two abortion clinics stay open in that state, but has issued one of them a variance that excuses it from complying with minimum safety standards. It’s just unbelievable that state authorities could be that irresponsible with women’s lives.”

All this comes as Virginia pro-life groups are expressing outrage over a letter from Attorney General Mark R. Herring to Dr. Marissa J. Levine, commissioner of the Virginia Department of Health, stating the opinion that abortion facilities need not report suspected sexual abuse to child welfare or law enforcement officials when girls as young as 13 are brought to the clinics for abortions.

In addition to undermining reporting laws that once offered a layer of safety to underage girls who are the subjects of abuse, Levine has been busy undermining safety rules put in place at abortion facilities that were meant to protect women from substandard and dangerous abortion practices.

On August 1, Levine issued the variances to Brigham’s Virginia Women’s Wellness and six other abortion businesses, exempting them from compliance with facility requirements that include having hallways wide enough to accommodate gurneys in the very likely event of a medical emergency. The clinics – none of which possess stellar safety records – have until April 30, 2015, to comply.

“It makes no sense whatsoever to allow a facility whose safety deficiencies are actually endangering women to be further excused from upgrading their facility to meet minimum safety standards. But we are not talking about common sense. We are talking about abortion politics, and that accounts for the lack of concern for the lives and health of women,” Troy Newman said.

Virginia’s Governor Terry McAuliffe, a Democrat with a radical pro-abortion agenda for whom Levine works, has vowed to repeal Virginia’s abortion clinic standards – a move that will keep the likes of Steven Brigham and other dangerous abortion providers in business despite the deplorable conditions and shoddy practices.

In fact, Virginia’s Department of Health has recently added to their website guidelines that encourage and assist abortion facilities in applying for variances.

“McAuliffe has created a political climate that protects abortion businesses even if they are proven to hurt women. This is the same kind of political obstructionism that was strongly denounced in a scathing Philadelphia grand jury report as having allowed now-convicted murderer Kermit Gosnell to flourish at his Philadelphia ‘House of Horrors.’ These people will protect abortion businesses at any cost, including women’s lives,” said Newman.

Philadelphia District Attorney Seth Williams recommended that employees that ignored complaints and horrific conditions at Gosnell’s abortion facility should be fired. Not having learned from tragedy in Pennsylvania, Virginia authorities are now engaged in covering up for their troubled abortionists.

But Virginia authorities cannot plead ignorance. Dangerous conditions at Virginia abortion facilities are well known. The six other clinics that have been granted variances are little better than Brigham’s seedy operation.

When A Capital Women’s Health was last inspected in July, 2012, 16 pages of violations were discovered, including workers who neglected to wash their hands. [Variance]

Amethyst Health Center for Women was inspected in June and December of 2012, where a total of 30 pages of deficiencies were found, including serious infection control violations that went uncorrected for months. [Variance]

The Falls Church Center of PPMW was last inspected in June 2012. Inspectors discovered a poorly maintained office and 10 pages of violations, including torn abortion tables that made sanitation between patients impossible. [Variance]

During two inspections of the Richmond Center for Women, conducted in May 2012 and March 2013, a total of 39 pages of violations were recorded, including dried blood on rusty abortion tables and recovery room recliners. [Variance]

Peninsula Medical Center for Women was last inspected in May, 2012, during which 31 pages of violations were discovered, including a dangerously ill-maintained suction machine used every day for abortions. [Variance]

Roanoke Medical Center for Women was inspected in July 2012, and in February and March of 2013. Sixty-six total pages of deficiencies were discovered, including cross contamination violations and the inability to disinfect items between patients. [Variance]

A full eye-opening report on Virginia facilities that have sought variances was published by Operation Rescue on September 16, 2014, showed a shocking lack of compliance and a disturbing unwillingness to correct violations.

“Commissioner Levine has displayed scandalously bad judgment by issuing variances to Virginia abortion facilities that all have a record of substandard and dangerous conditions and practices,” Newman said. “We urge the public to speak out and demand that abortion facilities in Virginia comply with the safety laws as written before some unfortunate woman ends up on a slab in the morgue.”

Please contact Levine’s Director of the Office of Licensure and Certification and demand that variances issued to Virginia abortion facilities be rescinded immediately in the interest of public safety.