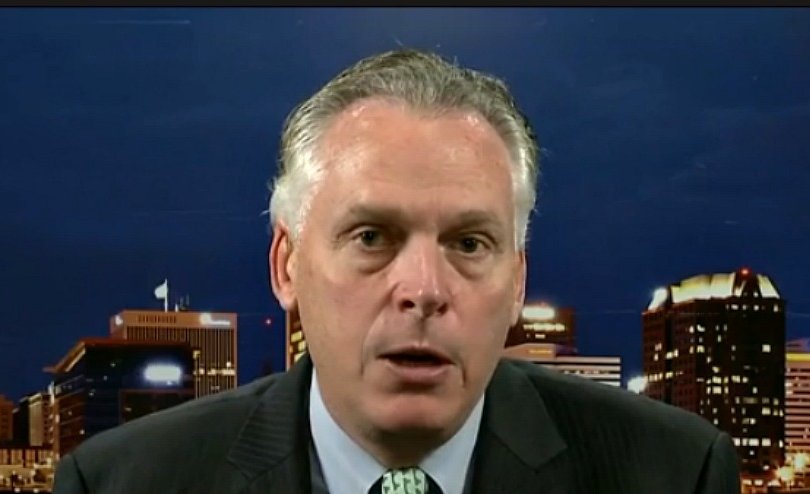 VIRGINIA (LifeSiteNews) – With just over a month to go until voters decide whether to grant him a second term, Virginia’s Democrat gubernatorial candidate and former Gov. Terry McAuliffe is under fire for his dim view of parental rights in public education, particularly including a parent’s right to know if his or her child suffers from gender dysphoria.

In April, the Virginia Department of Education released a document [download link] titled “Model Policies for the Treatment of Transgender Students in Virginia’s Public Schools,” which among a litany of pro-LGBT recommendations declares that “privacy and confidentiality are critical for transgender students who do not have supportive families,” citing a study claiming that “LGBT youth have a 120 percent increased risk of experiencing homelessness,” and therefore:

Without commenting on this specific provision, the McAuliffe campaign wholeheartedly endorses the model itself as part of his LGBT platform:

Virginia must do more to protect LGBTQ+ students, particularly transgender students, and send a clear message that we will not tolerate hate in the Commonwealth. The VDOE recently announced Model Policies for the Treatment of Transgender Students in Virginia’s Public Schools, but the implementation of those policies is delayed pending litigation. In order to make our schools more welcoming and inclusive, and create safe environments for our students to learn, we must enact a clear anti-bullying law that prohibits this type of behavior and ensure the new VDOE model policies are fully adopted and implemented.

“Apparently, McAuliffe has no objection to schools giving teachers the green light to deceive parents about their children’s adoption of a false identity,” Nick Bell, who served as deputy director at the Center for Faith and Opportunity Initiatives in the Trump Department of Education, writes at The Federalist. “Few people agree with the lie pushed by the media and corporate America that one can change one’s sex. When it’s one’s own child who might be affected as school districts actively work to delude you, the danger becomes much more concrete.”

McAuliffe’s Republican opponent, former Carlyle Group CEO Glenn Youngkin, is already slamming McAuliffe for his declarations at their recent gubernatorial debate that “I’m not going to let parents come into schools and actually take books out and make their own decision” and “I don’t think parents should be telling schools what they should teach,” as well as for the governor’s vetoes of legislation that would have required public schools to notify parents of “sexually explicit” content in their education.

Virginia has become a focal point of nationwide citizen revolts against far-left racial and LGBT lessons and policies. A teacher union letter cited by the Biden administration lists a parent arrested at a protest in Loudoun County, Virginia as a basis for federal investigation of parents who object to such policies, but it was later revealed that the man was actually trying to confront school board members about his daughter being raped by a “transgender” student in the girls’ bathroom, which the school district has been accused of covering up.

McAuliffe currently holds a narrow, 1.8-point lead in the RealClearPolitics polling average, though some observers say Democrats should begin to worry about recent polling finding that Youngkin has benefited from increasing voter concern about education over the past month.