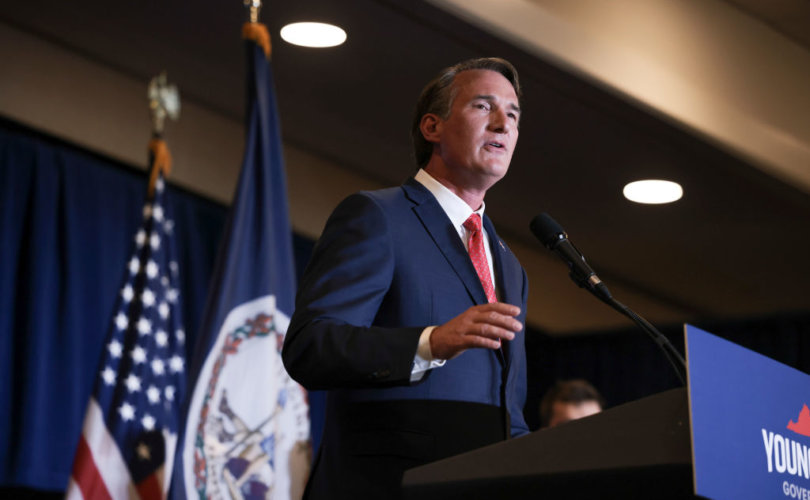 (LifeSiteNews) — Two Republican members of the Virginia General Assembly introduced legislation that would ban most abortions in the state after 15 weeks of pregnancy, fulfilling a pledge made by GOP Gov. Glenn Youngkin to pursue policies that protect preborn babies after the overturning of Roe v. Wade last year.

If approved, the “Pain-Capable Unborn Child Protection Act” would make it a class 4 felony for any physician to “terminate” a pregnancy or to willfully cause a miscarriage. However, the bill would also allow for abortion if the life of the mother was at risk and if the pregnancy was a result of rape or incest. It also makes an exception if “one or more of such woman’s major bodily functions, not including psychological or emotional conditions” is threatened. At present, abortion in Virginia is legal in the first and second “trimesters” of pregnancy. The third trimester begins around 28 weeks.

Youngkin rode a wave of populist support to the governor’s mansion in 2021 after liberals in the historically blue state enacted radial policies in support of Critical Race Theory and other social justice issues. Although he previously said he believes life begins “at conception,” Youngkin has given what some pro-lifers consider mixed messaging on the issue. He also told the Associated Press in 2021 that he’s fine with homosexual “marriage” being legal in the state.

Republicans currently hold a slim 52-48 majority in the Virginia State House. Democrats maintain a 22-18 lead in the State Senate. Youngkin recently expressed a willingness to “find consensus” with on-the-fence lawmakers, saying he’s open to pushing the ban back to 20 weeks if that’s what was needed to get it passed.

Leading Virginia Democrats immediately denounced the proposal. State Senator Louise Lucas, 78, who serves as the chamber’s president pro-tempore and acts as the chair of the Education and Health Committee, said, “If the governor is trying to push a 15-week ban, it’s not going to get through my committee. I can guarantee you that.”

I am outraged by today’s Supreme Court ruling on abortion.

As Chairman of the Virginia Senate Health Committee I will never allow any bill that restricts a woman’s right to choose to emerge from our committee.

Virginia will remain open for choice.

The delicate balance of pursuing authentically pro-life policies while operating within the confines of political realities where widespread support for such proposals may be lacking has not necessarily been an easy thing for Republicans in recent elections. Some candidates who ran on strict “no exceptions” platforms were roundly defeated in the midterms last year, a fact noticed by former President Donald Trump. While federal bans on abortion were floated by some GOP lawmakers at the time, many candidates steered clear of them, preferring instead to position themselves as moderates who support “common sense” exceptions while painting Democrats as extremists who favor abortion up to and even after birth.