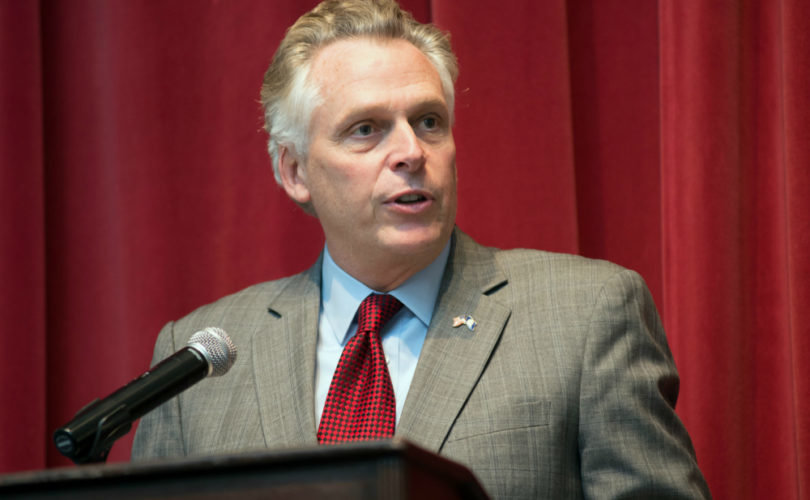 RICHMOND, VA, July 17, 2015 (LifeSiteNews) – Planned Parenthood has come under investigation by two House committees, Sen. Chuck Grassley, and six states – but it has found a safehaven in Virginia. Democratic Gov. Terry McAuliffe is the first governor to break the national consensus that allegations of partial birth abortion and fetal organ trafficking deserve a full-scale investigation.

Looking into the explosive charges would only add “fodder for political attacks on women's access to health care,” he said through spokesman Brian Coy.

Since the Center for Medical Progress released the first round of undercover footage, investigations have been ordered by five states. Govs. Bobby Jindal of Louisiana, Greg Abbott of Texas, Nathan Deal of Georgia, and Mike Pence of Indiana ordered state investigations.

All those figures are Republicans who support the right-to-life.

Two legislators in the Missouri House also announced they will press the abortion industry about their practices and policies surrounding fetal tissue “donation.” Andrew Koenig and Diane Franklin, both also pro-life Republicans, made the announcement on Friday.

Their governor, Jay Nixon, has made no such move. He is a “pro-choice” Democrat.

Virginia excuses troubled abortionist’s facility, and 6 others, from meeting health and safety requirements