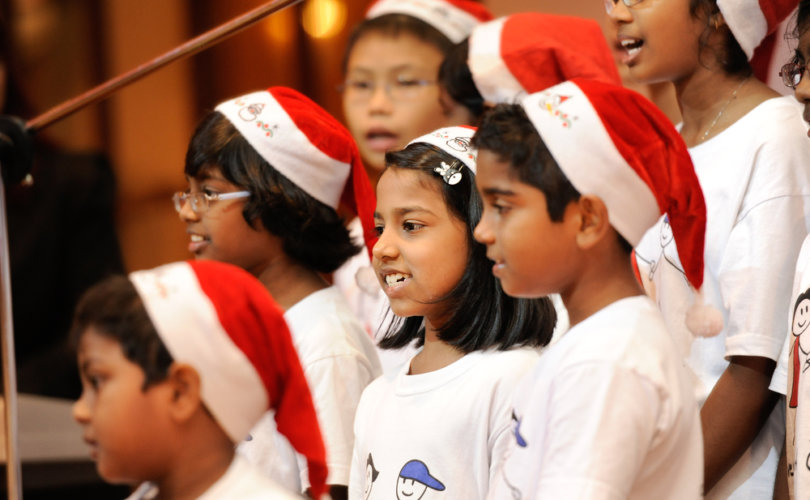 MIDLOTHIAN, Virginia, December 4, 2018 (LifeSiteNews) – A middle school in Virginia is barring Christmas songs “of a sacred nature” that mention Jesus Christ for the sake of diversity, excluding the one after whom Christmas is named.

David Allen, the father of a child at Robious Middle School, provided NBC 12 with a copy of an email exchange in which a chorus teacher explains, “We had a few students who weren't comfortable singing a piece I have done many times in the past, but it is of a sacred nature and does mention Jesus.”

The decision was made in consultation with school administrators, according to the email, which NBC 12 summarizes as justifying it “in order to be more sensitive to the increasing diverse population at the school.”

Announcements on the school’s website indicate that Robious follows the contemporary practice of giving Christmas-season festivities secularized names such as “Winter Concert” and “Holiday Party” rather than using the holiday’s name.

“It just seems like… everywhere you look everyone's afraid of stepping on someone's toes or everything is being so sensitive,” said Allen, whose child participates in the choir. “I'm trying to rationalize how you can encourage diversity and yet be exclusionary in one specific area.”

Allen argues that if diversity truly is the goal, Christianity deserves representation as well. Students “all can get a feel of [what] each individual religion, ethnicity and nationality have to offer. It's a school, it's a learning educational experience,” he said. “I wouldn’t object to my children singing Hindu songs during their celebratory period of time.”

Breitbart reports that the religious freedom nonprofit First Liberty Institute has gotten involved in the case, with attorney Michael Berry writing Chesterfield County School District a letter explaining that the law does not require public schools to censor “sacred” content from holiday events.

“Federal courts have upheld the constitutionality of public school holiday programs that include the use of religious music, art, or drama, so long as the material is presented in an objective manner ‘as a traditional part of the cultural and religious heritage of the particular holiday,’” the letter said.

The socially-conservative group TFP Student Action has collected more than 17,000 signatures for a petition calling on Robious Middle School principal Dr. Derek Wasnock and the Chesterfield County School Board to reverse the policy.

“As a person who cherishes true freedom, I respectfully urge you to reinstate Christmas carols that mention the name of Jesus in your school,” the petition asks. “To remove Christ from Christmas guts the meaning of Christmas altogether.”