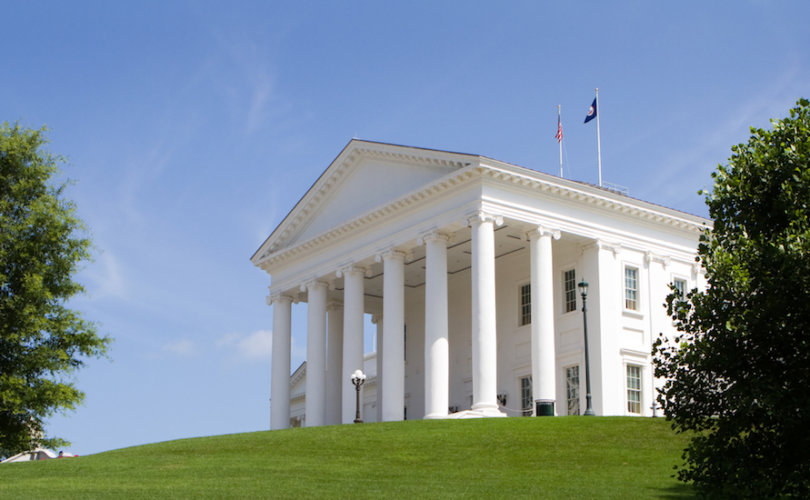 HB 753 declares that nothing in the VHRA should be interpreted as forbidding a “religious corporation, association, or society, or any nonprofit institution or organization operated, supervised, or controlled by or in conjunction with a religious organization, association, or society, from taking any action to promote the religious principles for which it is established or maintained,” according to its legislative summary.

The bill would also add preschools to a preexisting list of educational institutions allowed to hire on the basis of religion if they “are owned, supported, controlled, or managed by a particular religion or religious corporation, association, or society,” and clarifies “religion” to encompass “all aspects of religious observance and practice as well as belief,” including as beliefs pertain to “individuals employed to perform work associated with the activities of a particular religion by a religious corporation, association, educational institution, or society.”

The Virginia House passed the bill 54-45 earlier this month, and now it is pending before the state Senate.

In a newsletter touting passage of the bill, which he says “protect[s] the religious liberty of Christian organizations and other faith groups,” Republican state Rep. Les Adams said he “look[s] forward to describing these pieces of legislation, and promoting the ideas behind them, in future writings as I argue for their passage in the Democrat-controlled Senate.”

If enacted, the measure would ensure that religious businesses, charities, schools, or other organizations could not be sued for rejecting a job applicant or firing an employee for failure or refusal to abide by the organization’s religious tenets, such as having/using or promoting abortions or contraception, or entering into a same-sex “marriage.”

Even when left-wing jurisdictions recognize such religious rights, often they try to limit them to actual churches, forcing businesses or entities with joint religious and secular purposes or operations to choose between compromising their faith or closing their doors.

HB 753 is the latest in a flurry of conservative activity from Virginia Republicans since Gov. Glenn Youngkin and Attorney General Jason Miyares took office in January.