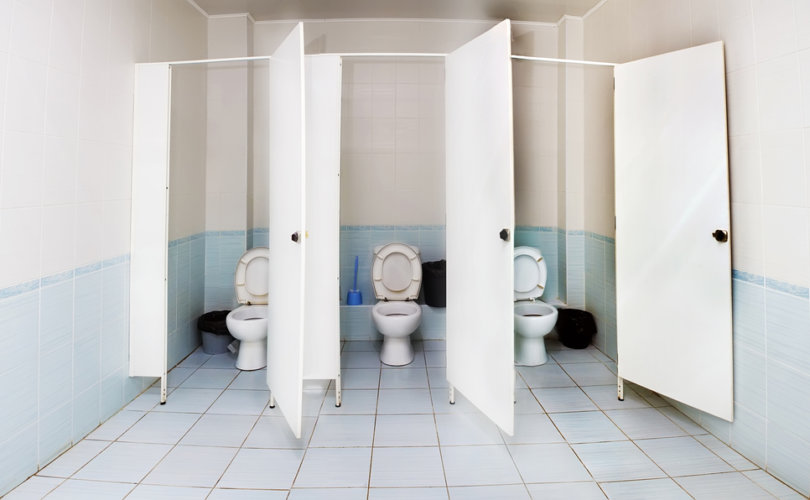 NORFOLK, February 22, 2019 (LifeSiteNews) – As a former area high school student continues to fight the matter in court, a school board in Virginia says it’s holding off implementation of a new policy to force students to share restrooms with members of the opposite sex.

Gavin Grimm is a female Gloucester High School graduate who “identifies” as male, and has been the face of one of the country’s most high-profile transgender bathroom lawsuits since 2014. The Gloucester County School Board originally attempted to accommodate her request by letting her use a private restroom, but Grimm demanded access to the same restrooms used by male students.

District Judge Arenda Wright Allen sided with Grimm last May, ruling that the policy “classified Mr. Grimm differently on the basis of his transgender status and, accordingly, subjected him to sex stereotyping.” The year before, the U.S. Supreme Court had decided not to hear the case.

The case is slated to go on in U.S. District Court in July. In the meantime, Fox News reports, the school board is walking back previous statements indicating it would attempt to compromise with Grimm’s attorneys. The board had previously proposed letting students use whichever bathroom matched their “gender identity.”

Specifically, local CBS affiliate WTKR reports, “transgender” students would have to provide medical documentation from a qualified medical specialist, and have a six-month record of “consistently asserting” their claimed gender and treatment such as social transition or hormonal therapy.

American Civil Liberties Union (ACLU) attorney Joshua Block had said the left-wing group normally wouldn’t “affirmatively support” such details, but they were “acceptable as part of a negotiated settlement.”

That apparently changed after a public meeting on Tuesday, however, at which many community members, including parents, students, and pastors, voiced their opposition.

“We are born as male and female, and that's the way God created us and that's the way He intended it and as it was mentioned tonight earlier, God doesn't make any mistakes,” community member Kenny Smith argued. Grimm was also present, on behalf of current “transgender” students in the district.

On Thursday, the school board released a statement announcing it would “not be taking any action at its February 21 work session on the possible alternative restroom resolution that was presented at its work session on February 19,” that it “has not set a time frame for when any action will be taken or when any further discussion will be held regarding the resolution,” and that it would not be commenting further on the matter.

“It's disappointing that the board is choosing to prolong the suffering of trans youth in Gloucester County Public Schools, but we will see this fight through no matter how long it takes,” Grimm declared in response.

Critics of “transgender” bathrooms argue that nobody, especially children, should be forced to share intimate facilities with members of the opposite sex. In addition to privacy considerations, parents worry that letting boys and men into girls’ restrooms creates opportunities for sexual assault, as happened to a five-year-old girl in Georgia in 2017.