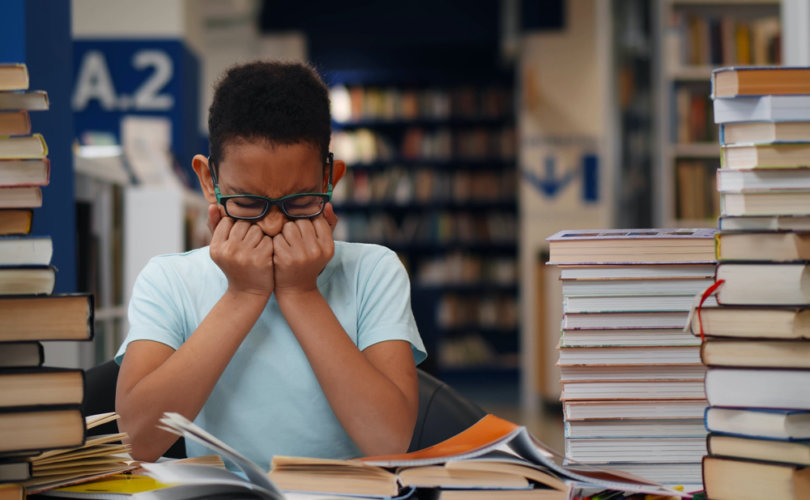 Byard said that  Ziegler made the decision to remove the book against the recommendation of the committee.  When an appeal was made against Ziegler’s decision, a committee upheld it with a 3-0 vote.

Ziegler, who was in the hot seat last year over a gender-confused male student’s sexual assault of one girl, and the rape of another, in his school district, issued a statement to the Washington Post about his decision to get rid of the book.

“I read every book that is submitted for my review in its entirety,” Ziegler told the Post. “I am not generally in favor of removing books from the library. I believe our students need to see themselves reflected in the literature available to them.”

“The pictorial depictions in this book ran counter to what is appropriate for school,” he concluded.

Ian Serotkin, the vice chair of LCPS, had similar sentiments. He said in a Facebook post: “Sexual content is a large part of this book. … It is not fleeting or brief. The sexually explicit illustrations which have gotten significant media and public attention may only appear on a handful of pages, but sexual themes are pervasive throughout the book.”

“I think I can draw a line between something being described in writing, and it being depicted in living color,” Serotkin continued

“The question we must ask is, ‘Is every good book an appropriate book for a student library?’ … In this case, for the reasons I have listed, my conclusion is that this one is not.”

Ziegler’s decision has been contrasted with the decision of Fairfax County Public Schools (FCPS), which opted to place Gender Queer and Jonathan Evison’s  Lawn Boy, which contains descriptions of homosexual acts between children, back on school shelves after a review of the books in November.

Copies of Gender Queer were initially removed from FCPS shelves in September following a protest at a school board meeting by concerned parent Stacy Langton. FCPS defended its decision to replace them, claiming that the books had “literary value” and said that it was “supporting members of the gender-expansive community and affirming individuals in their identity.”

“Other school systems, including Fairfax County, Virginia, should pay heed, instead of insisting on virtue signaling.”

“Superintendent Ziegler finally made a good decision, as did the board members that upheld it,” said Ian Prior, a Loudoun County father and executive director at Fight for Schools, an organization dedicated to reforming the education system of Loudoun County.

“These books may be fine for Barnes and Noble, Amazon, and even a public library. But once they are in the school libraries and classroom, they effectively take on government sponsorship of ideologies that should not be forced on children over the reasonable objections of their parents.”