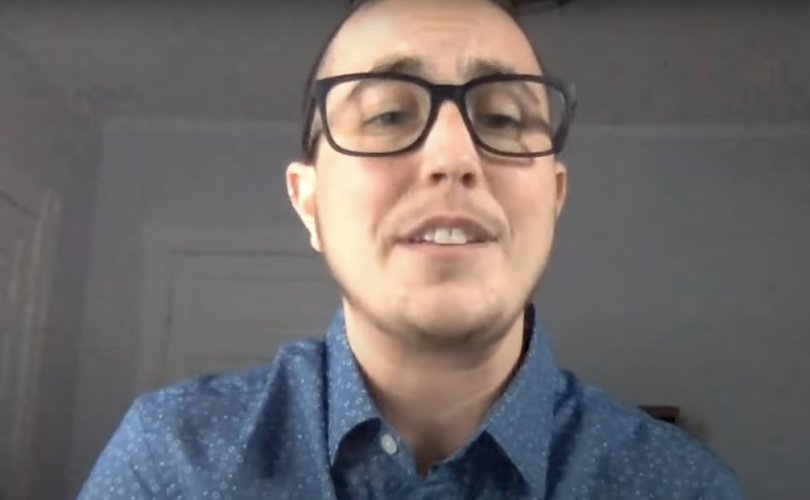 NORFOLK, Virginia (LifeSiteNews) – Old Dominion University placed a “nonbinary” assistant professor of sociology and criminal justice on administrative leave for publicly arguing the term “pedophile” is overly stigmatizing and should be replaced with “minor-attracted persons” (MAPs).

Allyn Walker, who identifies as “they/them” and is the author of A Long Dark Shadow: Minor-Attracted People and Their Pursuit of Dignity, said in a November 8 interview with the group Prostasia Foundation that “there is no morality or immorality attached to attraction to anyone because no one can control who they’re attracted to at all. In other words, it’s not who we’re attracted to that’s either OK or not OK. It’s our behaviors in responding to that attraction that are either OK or not OK.”

The Prostasia Foundation bills itself as a “new kind of child protection organization,” which claims to pair a commitment to fighting sexual abuse with a conception of “sex positivity” that includes “sex worker rights” for adults and greater understanding of the “kink community.”

“And non-offending MAPs by definition do not abuse children, so their behaviors are moral,” he continued. “But they’re still being subjected to this same idea that they’re bad people … stigma against MAPs is a problem in part because it makes MAPs think that they’re monsters. That’s really problematic in terms of MAP well-being, it’s really hard to cope when you think you’re a terrible person because you have attractions that you can’t change.”

After public backlash over his comments, Walker released a statement on November 13 insisting that he recognizes “child sexual abuse is morally wrong and inexcusable crime,” and that his work is meant “to identify ways to protect children.”

That failed to quell the controversy, however, so on November 16 the university released another statement announcing Walker was placed on administrative leave, citing concerns for his safety, campus safety, and disruptions to the campus environment.

“I want to state in the strongest terms possible that child sexual abuse is morally wrong and has no place in our society,” Old Dominion president Brian Hamphill. “This is a challenging time for our University, but I am confident that we will come together and move forward as a Monarch family.”

ODU’s handling of the situation failed to impress The Federalist’s Spencer Lindquist.

“Framing this conversation as if it is a legitimate field of research that one delves into out of altruism doesn’t fool anybody when you come out and openly say that you’re trying to make pedophilia ‘less stigmatizing,’” he wrote. “It becomes even more transparent when we discover who’s behind this movement and when all social and political indicators point towards a coordinated attempt to sacrifice children’s safety and innocence at the altar of limitless tolerance, the promotion of which has framed the unrelenting degradation of all moral standards as one of our society’s defining moral imperatives.”