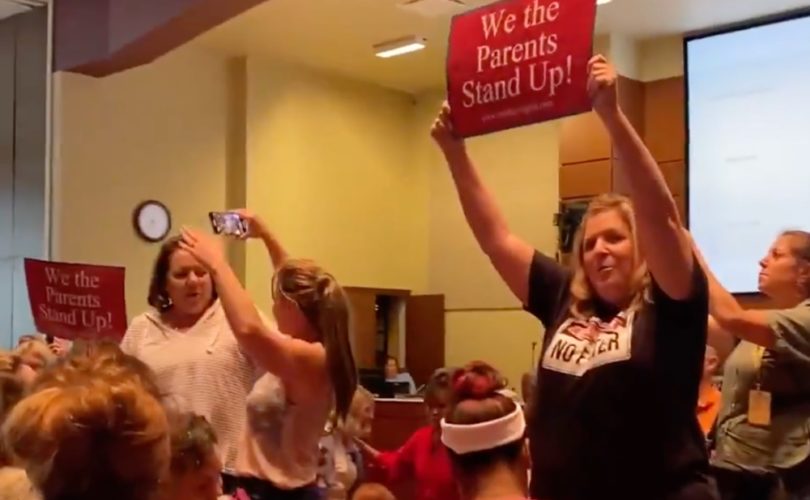 “One of the reasons Virginians get so fed up with government is the lack of transparency — and that’s a big issue here,” Miyares said in a statement. “The Virginia Parole Board broke the law when they let out murders, rapists, and cop killers early on their sentences without notifying the victims. Loudoun Country Public Schools covered up a sexual assault on school grounds for political gain, leading to an additional assault of a young girl.”

“As Attorney General, I am proud to say that the process has begun,” he confirmed. “Investigations by my office into the Parole Board and Loudoun County Public Schools are open. These investigations are not solely to go after or bring criminal charges against any one actor, but to learn what mistakes were made so that no other Parole Board or schools ever repeats them.” Youngkin formally requested such an investigation the same day.

As a candidate, I promised to investigate the scandals at the Virginia Parole Board and Loudoun County Schools.

As Attorney General, I am proud to say that the process has begun and the investigations are officially open. pic.twitter.com/02wvO85wbI

As evidence of such “threats,” the Biden administration cited a letter from the heads of the National School Board Association (NSBA) containing examples of alleged unruly behavior at various school board meetings. That letter, for which the NSBA has since apologized, cited the case of Loudoun parent Scott Smith, who was arrested for disorderly conduct at one such meeting, but it soon came out that he was actually trying to confront school board members about the district allegedly covering up the rape of his daughter by a “transgender” student in the girls’ bathroom.

The situation, along with a more recent allegation of another student sexual assault, intensified protests against the district’s leadership, including a student walkout and Democrats losing the Virginia governorship and House of Delegates.

The 15-year-old perpetrator of the first rape has been sentenced to probation at a residential treatment facility and placed on the sex offender registry, but serious questions remain as to Loudoun County Public Schools’ (LCPS’s) handling of the case. Loudoun County Sheriff Mike Chapman says that LCPS Superintendent Scott Ziegler lied when he claimed to have “no record” of the first assault, as an email from Ziegler himself showed he was “unmistakably aware of the offense.”

In October, concerned parent Michelle Mege submitted a Freedom of Information Act (FOIA) request for “all communications, including press releases, statements, emails, or other correspondence in any format” in the possession of LCPS containing the words “sexual assault” or “rape” from May 1 to Oct. 18, 2021, but the school told her it would not comply without being paid a fee of more than $36,000.

Confirmation of the awaited investigation follows Youngkin’s aggressive list of day-one executive actions tackling a number of conservative priorities, which include banning the promotion of critical race theory (CRT), the doctrine that race is a “socially constructed (culturally invented) category that is used to oppress and exploit people of color” through American institutions, in public schools; clarifying that parents have the sole right to decide whether their children wear masks in public schools; rolling back COVID-related business regulations; and rescinding COVID vaccine mandates for all state employees.