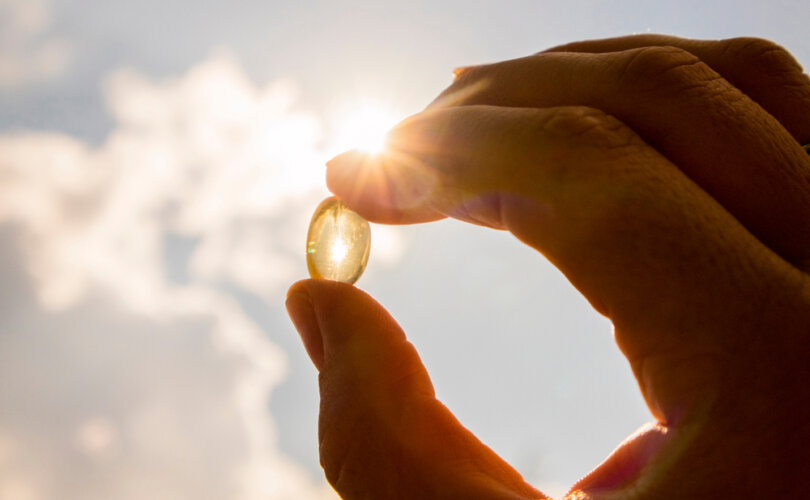 (LifeSiteNews) — Deaths from COVID-19 could have been reduced by widespread promotion of something as simple as increasing vitamin D intake, according to a study published this month by the peer-reviewed journal Scientific Reports.

The study, by a team of researchers from multiple institutions including Johns Hopkins, the Universities of Michigan and Illinois, and the National Bureau of Economic Research, observed a pool of U.S. veterans and found that “Vitamin D2 and D3 fills were associated with reductions in COVID-19 infection of 28% and 20%, respectively,” and with decreased mortality by 25% and 33%, respectively.

The study also found that the benefits of this “safe, widely available, and affordable treatment” were greater in proportion to the size of the vitamin dosage. “Our findings are especially relevant to the US population, given that about half of Americans are estimated to have sub-optimal vitamin D serum levels.”

The findings, which echo those of past research, suggest that the toll of the pandemic (more than 1.1 million deaths in the United States as of November 23) could have been mitigated in at least one way far simpler and less burdensome than the policies urged by the federal government and adopted by most states, from mask mandates to forced lockdowns on in-person business and public gatherings.

Among the evidence against such policies is the U.S. Centers for Disease Control & Prevention’s (CDC’s) September 2020 admission that masks cannot be counted on to keep out COVID when spending 15 minutes or longer within six feet of someone, and a May 2020 study published by the peer-reviewed CDC journal Emerging Infectious Diseases that “did not find evidence that surgical-type face masks are effective in reducing laboratory-confirmed influenza transmission, either when worn by infected persons (source control) or by persons in the general community to reduce their susceptibility.”

Lockdowns were even more devastating according to research. Last March, the left-wing Associated Press admitted that “California and Florida have experienced almost identical outcomes in COVID-19 case rates,” despite the former imposing some of the most draconian lockdown measures in the country and the latter remaining mostly open, and that the mortality gulf between Connecticut and South Dakota was similarly small despite the wide gulf in their responses to the virus.

These lockdowns were particularly harmful in light of the data on vitamin D, as keeping people indoors also kept them out of sunlight – a natural means by which the human body acquires the vitamin – for extended periods of time.

“We each have vitamin D receptor cells that, through a chain of reactions starting with conversion of cholesterol in the skin, produce vitamin D3 when they’re exposed to ultraviolet B (UVB) from the sun,” according to Dr. David J. Leffell, chief of the Dermatologic Surgery program at Yale Medicine.

“From about late March/early April to the end of September, most people should be able to make all the vitamin D they need from sunlight,” says the United Kingdom’s National Health Service. “The body creates vitamin D from direct sunlight on the skin when outdoors. But between October and early March we do not make enough vitamin D from sunlight.”