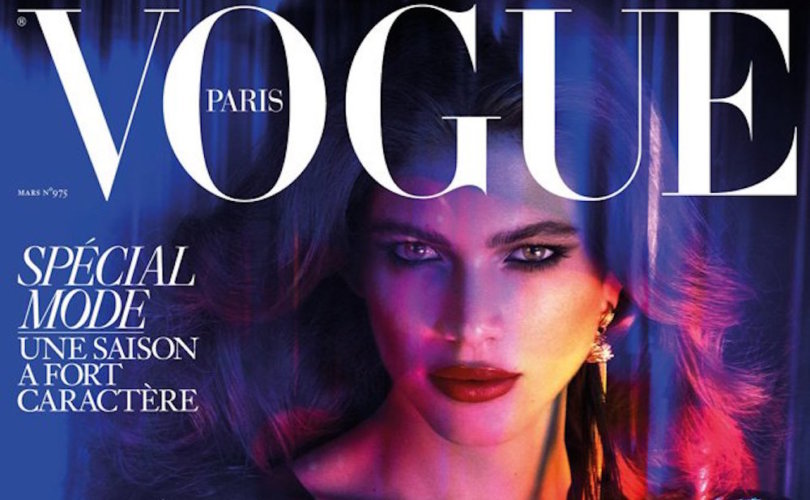 February 15, 2017 (LifeSiteNews) – A man who has taken drastic measures to make himself appear to be a woman will be on the cover of Vogue Paris next month.

Brazilian model and actor Valentina Sampaio is an “absolute equal” to female fashion icons, editor-in-chief Emmanuelle Alt wrote. “Apart from one small detail, Valentina, the femme fatale, was born a boy. It's a detail one would prefer not to have to mention… but Valentina is on the cover of Vogue this month, not just for her looks or her sparkling personality, but because despite herself she embodies an age-old arduous struggle to be recognized and not to be perceived as something Other.”

In 2016, Sampaio appeared in a L'Oreal ad about how being a woman “transcends the body.”

“This is my first Women's Day…officially,” he says as he gets ready to be photographed as a woman for a new ID.

Sampaio has also appeared on the cover of Elle Brasil.

Sampaio is “changing the face of fashion and deconstructing prejudice,” Vogue Paris wrote on Instagram.