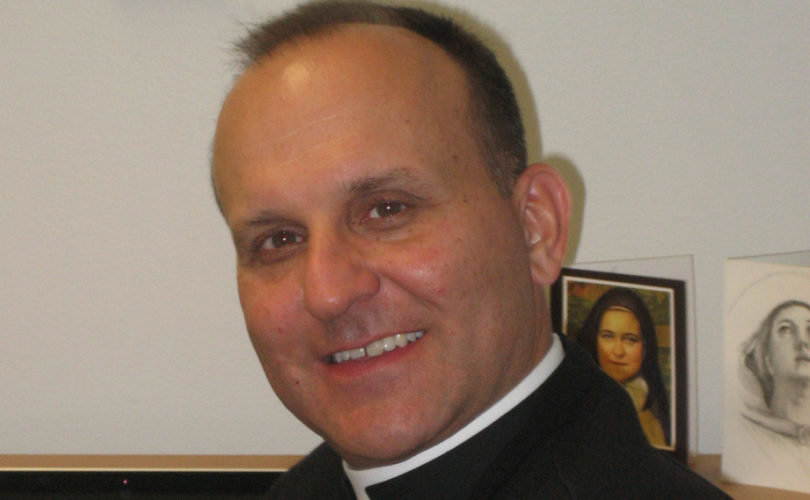 The head of the international Courage apostolate says that the voice of persons who have struggled with same-sex attraction but who now practice chastity was missing from last month’s Extraordinary Synod on the Family in Rome.

Courage International is a Vatican-approved apostolate ministering to people with same-sex attraction by helping them to live chaste, God-centered lives.

“That voice was absent from the Synod,” Father Paul Check, the organization’s executive director, said in a televised interview with EWTN October 29. “That voice has not yet been heard.”

He said members of Courage have experienced “anxiety and unsteadiness” over the Synod seeming to come close to compromising on Catholic sexual moral teaching regarding homosexuality.

“They look to the Church, they look to Rome for that strength, that wisdom, that charity, that clarity that says, here is the path, persevere, stay on that path.”

According to Check, the Church offers to people struggling with homosexual inclinations the same things she offers every single person in existence struggling with human brokenness, woundedness, and sinfulness, namely clarity in teaching followed by mercy, compassion, repentance, and restoration.

It is the Catholic Church safeguarding her clear teaching on the nature of the human person and sexuality that offers a light to people struggling with same-sex attraction, he said.

The Church “properly” directs compassion towards same-sex attracted persons, not by supporting the inclination the person is experiencing — which is a “symptom” — but by focusing on the person and helping them to understand the “story” of their life better, he said.

Check said compassion is “counterfeit” when it remains simply on the level of accepting the sinner without the “call to conversion.”

“This is something that looks like compassion, but it’s really a counterfeit. It does a terrible disservice to people because it doesn’t acknowledge the truth [that Christ calls us to ‘go and sin no more’],” he said.

Noting that same-sex attracted persons likely “suffer disproportionately” when compared with the general population, Check said that what the Church specifically offers to these people is the “redemptive character” of suffering achieved through the life, death, and resurrection of Jesus Christ two thousand years ago.

Check said the Catholic Church is “well equipped” for helping people struggling with same-sex attraction to come to a deeper knowledge of self “in Christ” so that they can move away from a “misperception of identity” as they come to see who they truly are — and how much they are valued — in God’s eyes.