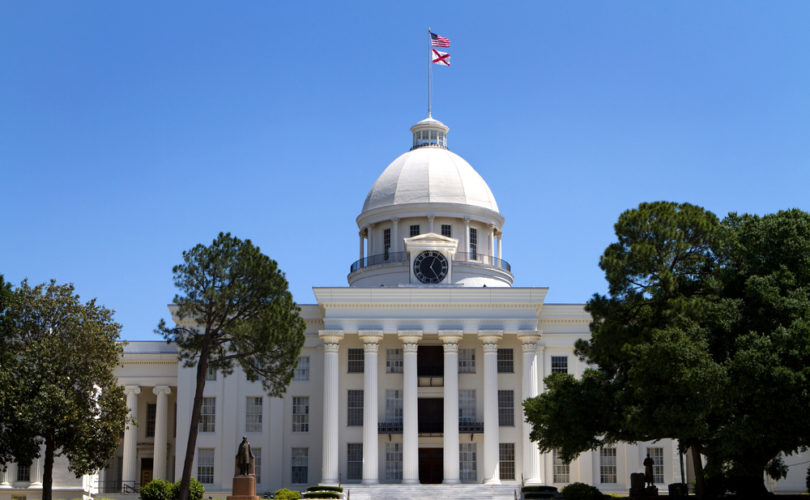 MONTGOMERY, Alabama, May 9, 2019 (LifeSiteNews) – Action on an Alabama bill to criminalize the vast majority of abortions was delayed Thursday amid a bitter dispute over a proposed amendment that would have added exceptions for aborting babies conceived in rape or incest.

“With liberal states like New York rushing to approve radical late-term and post-birth abortions, passage of this bill will reflect the conservative beliefs, principles, and desires of the citizens of Alabama while, at the same time, providing a vehicle to revisit the constitutionally flawed Roe v. Wade decision,” Republican state Rep. Terri Collins, the bill’s sponsor, has declared.

The Alabama House voted 74-3 to pass the bill last week, with Democrats trying and failing to add rape and incest exceptions to the bill. Republicans control the state Senate as well, but the bill’s prospects were more uncertain there due to Republican Senate President Pro Tem Del Marsh saying he has “a little bit of a problem” with pro-life bills that lack exceptions.

The state Senate Judiciary Committee voted 7-2 Wednesday to advance the bill to the Senate floor, AL.com reported, but did so with an amendment by Republican state Sen. Tom Whatley to exempt abortions sought due to rape or incest. Whatley said he didn’t believe the bill could pass without exceptions.

“To accept another amendment that weakens the argument, or diverts the message of the argument, which is the baby in the womb is a person, dilutes the whole message,” Collins warned.

The next day, Republican state Sen. Clyde Chambliss moved to table the amendment, the Montgomery Advertiser reported. Democrats pushed for a roll-call vote on it, but the tabling was quickly sustained by Republican Lt. Gov. Will Ainsworth. Democrat Senate Minority Leader Bobby Singleton, who shouted objections as Ainsworth attempted to gavel the chamber back to order:

Republican Senate Judiciary Committee chair Cam Ward also threatened to filibuster until a vote was held on the amendments, declaring he was “not going to move (from) here until we get a fair process.”

AL.com added that Ainsworth defended himself by arguing that Chambliss’ motion to table the amendment was not debatable under Senate rules, and that a roll-call vote was only required if three or more senators requested one. “There was a motion made to table,” he said. “It’s not debatable. There was not three hands raised. So, we’re moving on.”

Marsh later moved to delay a vote on the bill until next week. “We can come back in here on Tuesday and have extended debate and make that final decision,” he said. “Let people go home, talk to their constituents and come back. And quite honestly, next Tuesday when we come back, everybody has the ability to offer amendments at that time, could offer the same amendment that was just stripped off.”

Despite supporting the amendment, Marsh agreed that Ainsworth acted properly. “I think that people maybe had their guard down a little bit, maybe didn’t expect a voice vote,” he said. “But he has every right to do that and that’s what he did and that’s what happened.”

Measures like the Alabama bill and the various heartbeat abortion bans introduced or enacted over the past year are part of a broader strategy by state pro-lifers to openly defy Roe’s “viability” cutoff for abortion laws, hopefully forcing the U.S. Supreme Court to review the 1973 ruling and finally restore voters’ freedom to fully decide abortion laws for themselves. Collins argues that keeping her bill without exceptions would provide a clearer challenge to Roe.

The legislative debate over the Alabama Human Life Protection Act is also the backdrop against which Democrat state Rep. John Rogers rose to national prominence for defending abortion on the grounds that “some kids are unwanted, so you kill 'em now or kill 'em later.” Earlier this week he announced a primary challenge to Democrat U.S. Sen. Doug Jones.