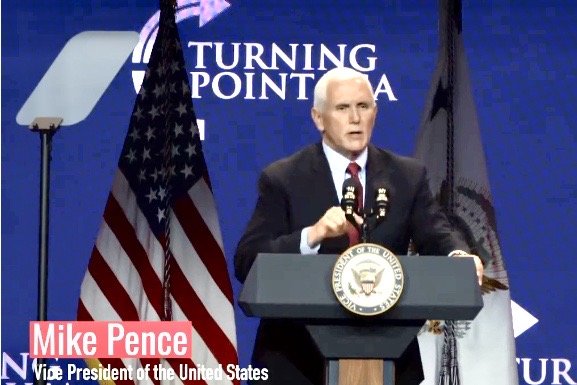 WEST PALM BEACH, Florida, December 22, 2020 (LifeSiteNews) – The Trump administration is not backing down from the fight for an honest election, Vice President Mike Pence declared at today’s session of the Turning Point USA Student Action Summit.

“I came here to say to the men and women of Turning Point USA: Stay in the fight.”

The Trump campaign officially challenged Georgia’s vote count with a lawsuit filed December 4 asking the Supreme Court to “vacate the certification of the presidential election and to order a new statewide election for president,” according to Ray S. Smith III, lead counsel for the Trump campaign.

Smith pointed to clear documentation of “literally tens of thousands of illegal votes that were cast, counted, and included in the tabulations the Secretary of State is preparing to certify.”

A recently released report on election fraud by Peter Navarro, director of the Office of Trade and Manufacturing Policy, details how six different kinds of election fraud appeared in each state, concluding that a removal of fraudulent votes gives President Trump an overwhelming election victory.