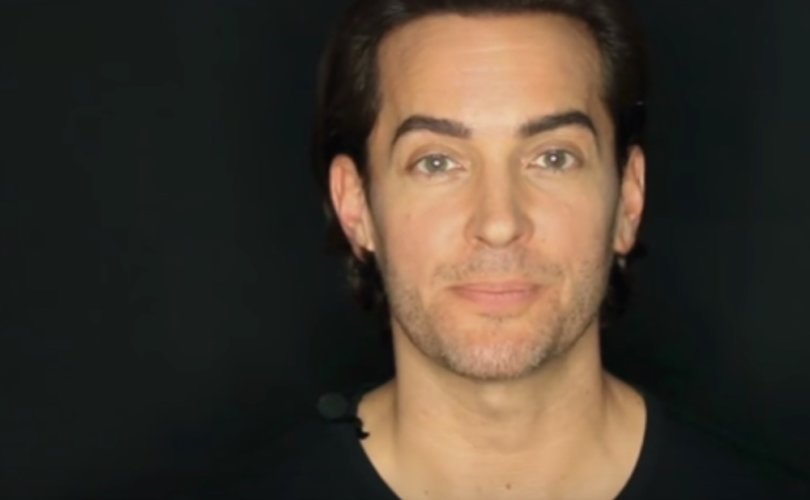 The #WalkAway Campaign is the brainchild of “former liberal” and New York actor and hair stylist Brandon Straka. It bills itself as “dedicated to sharing the stories of people who can no longer accept the current ideology of liberalism and what the Democratic Party has become.”

“We want people on the right to use their voices and tell the world the truth about whom they are by making videos telling everyone what it means to be a conservative in America and what your values really are,” the campaign’s website says. “Tell minorities on the left, who have been told their whole lives that they are not welcome on the right because of the bigotry and hatred, that they are welcome. Tell them there is a seat at the table on the right for everybody.”

The campaign’s primary means of spreading this message is through written and video testimonials from former Democrats of various backgrounds explaining why they became Democrats and how they then came to reject the label.

That testimony ranges from stories about overcoming college indoctrination to being stereotyped as liberal for being a minority to women told they can’t think for themselves. Others simply recognized the Left's increasing radicalization.

Among that radicalization in recent years has been the official Democrat platform removing its call to make abortion “rare” in 2012 and demanding the federal nullification of state pro-life laws in 2016; Democrat National Committee chair Tom Perez hailing self-proclaimed socialist candidate Alexandria Ocasio-Cortez as “the future of the party”; left-wing leaders like Rep. Maxine Waters openly advocating the harassment of Trump administration officials; boycott and intimidation campaigns over keeping men out of women’s restrooms; and attempts in numerous states to force private citizens to participate in same-sex ceremonies.

Straka, who is openly gay, launched the campaign with his own May 26 video testimony (full transcript here), explaining that he originally became a liberal out of opposition to hatred, discrimination, groupthink, censorship, and junk science, and that he walked away from liberalism when he came to believe liberalism embodied rather than opposed those ills.

“Liberalism has been co-opted and absorbed by the very characteristics it claims to fight against,” he said. “For years now, I’ve watched as people on the Left have become anesthetized to their own prejudices and bigotry, and the prejudices and bigotry of those around them who echo their values.”

“I have witnessed the irony of advocacy for gender equality morph into blatant hatred and intolerance of men and masculinity,” he continued. “I’ve seen the once-earnest fight for equality for the LGBT community mutate into an illogical demonization of heteronormativity, and the push to vilify and attack our conventional concepts of gender.”

At the time of this writing, Straka’s kickoff video has been viewed more than half a million times, his campaign’s official Facebook group has more than 73,000 members, and there is already reason to believe the movement may represent a deeper cultural shift.

Citing a Reuters/Ipsos poll from April, PJ Media’s Tyler O’Neil notes that whites between the ages of 18 and 34 are equally likely to vote Democrat as they are Republican, a nine-percentage-point decline for Democrats from the 2016 election. Many observers have attributed Trump’s unprecedented victory that year in large part to moderate and formerly left-leaning voters alienated by far-left stances and tactics.

Straka elaborated on his efforts in an interview Tuesday with Fox News’ Laura Ingraham. He said his homosexuality was the only reason he used to be a Democrat, and that he was still a liberal as recently as November 2016, when he cried in response to Hillary Clinton’s loss. But since then, watching the Left’s increasing intolerance toward dissent served as a “red-pill” experience.

On Thursday, Straka said that he entered a camera store to buy some equipment, and was denied service by one employee who recognized him from a TV appearance and didn’t want to facilitate a transaction for “alt-right” purposes.

“[Please] do not retaliate against this camera shop. All of the other employees could not have been nicer,” he said, noting that another employee completed the sale for him. “The reason I decided [to go] forward w/ the story is because I hope [to open] a conversation between me [and] gays on the left.”