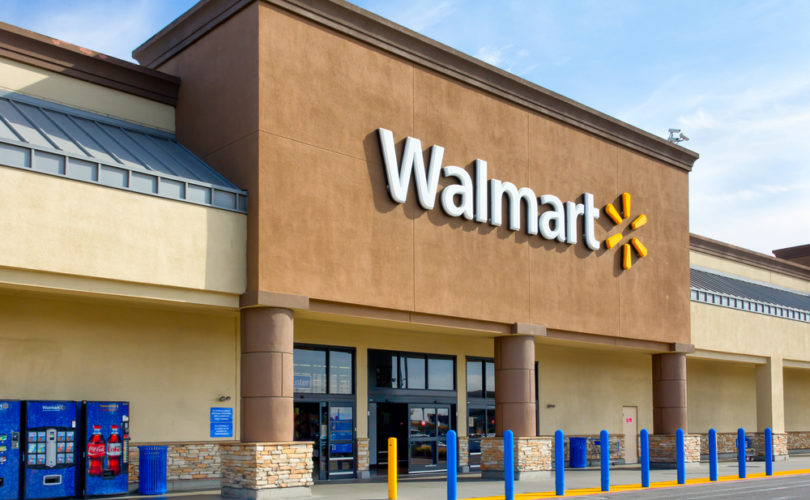 December 6, 2016 (LifeSiteNews) — For the first time ever, Walmart has scored a “perfect” 100 percent ranking on a leading homosexual lobby group’s “corporate scorecard,” meaning that to keep its score the retail giant will now cover transsexual employees’ “sex reassignment surgeries” as part of its healthcare coverage.

Walmart’s new 100 percent score (up from 90 percent on last year’s scorecard) marks its steadily growing embrace of LGBTQ advocacy at the expense of its wholesome, pro-family image. In recent years, the corporation has begun funding “gay pride” parades, in which lewd behavior is paraded in front of children, and homosexual activist groups like the Gay & Lesbian Victory Fund.

Moreover, according to HRC’s biased “Index,” corporations are punished (losing 25 points) for giving to pro-natural marriage groups and causes while they are rewarded for giving money to LGBTQ causes. According to “Criterion 5 of the “Index,”

“The Employers will have 25 points deducted from their score for a large-scale official or public anti-LGBT blemish on their recent records. No employer received this deduction in the 2017 CEI.”

In recent years, to accrue points toward a 100 percent ranking, major corporations like Walmart have stepped up their giving of large grants to LGBTQ organizations and events.

HRC announced on page 6 of its 111-page CEI report:

“199 of the Fortune 500-ranked businesses achieved a 100 percent rating (compared to 151 last year), with 12 of the top 20 Fortune-ranked businesses at this top score. Ninety-two percent of the Fortune 500 include ‘sexual orientation’ in their nondiscrimination policies and 82 percent include ‘gender identity.’ For the first time, half of Fortune 500 companies offer transgender inclusive healthcare benefits, including surgical procedures.”

A sampling of other 100 percent Fortune 500 corporations is below.

Meanwhile, Walmart announced that it has settled a class-action lawsuit with another homosexual lobby group to pay past compensation to its homosexual employees who had become same-sex “married” between 2011 and 2013 but were denied family health benefits.

“The $7.5 million proposed settlement would pay for claims by Walmart associates in the United States and Puerto Rico that they were unable to obtain health insurance coverage for their same-sex spouses from Walmart from Jan. 1, 2011 to Dec. 31, 2013. …

“In 2014, Walmart voluntarily made the same health insurance benefits available to same-sex spouses of its associates that it offered to opposite-sex spouses. As part of the proposed settlement, Walmart commits to continuing to do so in the future.”

A Walmart executive, Sally Welborn, senior vice president, global benefits, signaled that the settlement is part of the retailer’s pro-LGBTQ ethos (Walmart did not admit guilt as part of the terms):

“We’re happy both sides could come together to reach a resolution. Respect for the individual, diversity and inclusion are among the core values that made Walmart into the company that it is today. We will continue to not distinguish between same and opposite sex spouses when it comes to the benefits we offer under our health insurance plan.”

GLAD states that the number of people collecting from the class-action lawsuit is “expected to include no more than a few thousand current and former Walmart associates. Walmart employs nearly 1.5 million associates in the U.S. and Puerto Rico.”

Interestingly, unlike many other corporations adopting pro-homosexual policies, Walmart plays both sides of the social-issues “culture war.” It does this by cultivating good relations with both homosexual activists like HRC and Christian conservative organizations like American Family Association (AFA).

Last year, Walmart received high praise from one of the most prominent and respected pro-family leaders in America, Tim Wildmon, son of Don Wildmon, who founded the Tupelo, Mississippi-based AFA. See this 2015 article, where AFA president Tim Wildmon gives Walmart a “perfect 100” on its “Corporate Religious Liberty Index” because of Walmart’s answers “demonstrating that the corporation respects and values religious freedoms.”

The following corporations are among those that joined Walmart as Fortune 500 companies scoring 100 percent on HRC-skewed “Corporate Equality Index” (2017):