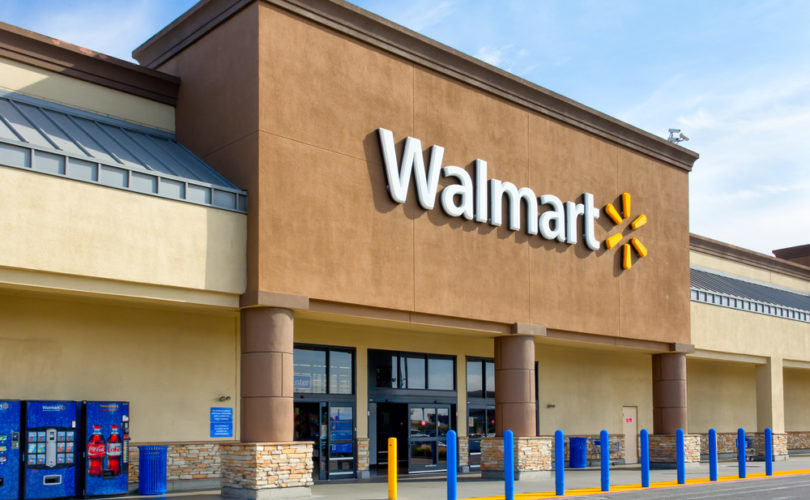 WASHINGTON, D.C., November 1, 2016 (LifeSiteNews) — Under pressure from the National Center on Sexual Exploitation (NCOSE), Walmart.com is no longer selling a book of photographs by controversial photographer Jock Sturges.

Sturges' photographs have been severely criticized by pro-family leaders for their nude and semi-nude pictures of teens, adolescents, and children as young as three.

“Such material provides toxic sexual excitement for pedophiles and others who are sexually aroused by minors,” Hawkins reasoned.

Hawkins and her pro-woman organization issued a call for Walmart to “remove Jock Sturges publications” from its online sales, along with other sexually-charged books and magazines from its store shelves.

The online petition received thousands of signatures within the first 24 hours.

Walmart responded by stopping sales of Sturges' book. “The books were in violation of our prohibited items policy and were removed as soon as they were brought to our attention,’’ the retail giant said in a statement. “We’re refining our policies and filters to better flag and block these types of items in the future.”

U.S. leaders have tried repeatedly to have Sturges' exhibits closed down. The FBI raided Sturges' studio in San Francisco more than 20 years ago but pressed no charges against him. Both Alabama and Tennessee sought through court action to legally classify Sturges' book as “Child Pornography” in 1998, to no avail.

But NCOSE is also concerned about other books and magazines that Walmart is keeping on its store shelves. “Walmart.com is also selling books that provide instructions on how to sexually traffic persons into prostitution. Books such as Pimpology and The Pimp’s Bible provide detailed tactics for aspiring pimps on how to coerce females into the commercial sex trade through ‘psychological warfare.’”

NCOSE is calling for Walmart to remove the “sex trafficking/pimping how-to manuals from its online store, and to undertake a comprehensive review of Walmart.com for removal of any other sexually explicit and objectifying material.”

Another publication of concern is Cosmopolitan magazine, which, despite being founded as a feminist journal, is most famous for salacious articles such as “Kinky Sex Moves,” “Best Sex Positions for Girls,” “The Naughty Orgasm Trick that Couples Love,” and “The Big Sex Question: Guilt-Free One Night Stands.”

NCOSE was gratified last year when Walmart agreed to cover Cosmo on their shelves with a blinder, but the blinders aren’t up in many stores. “We were encouraged that in 2015 Walmart renewed its pledge to ensure Cosmopolitan magazine would be covered by blinders to prevent viewing by children. Unfortunately, since then, we have received complaints from across the country that Cosmopolitan is still for sale uncovered in Walmart checkout lanes, often at eye level of children,” Hawkins stated.

“While the material in this magazine is not hardcore pornography, it is nonetheless sexually explicit, degrading, fuels pornified culture, and is harmful to minors,” Hawkins explained. “We are very disappointed that Walmart has not fulfilled its promise to provide safe, family-friendly checkout aisles by shielding the cover of Cosmopolitan magazine.”

NCOSE is calling for Walmart to “remove Cosmopolitan from its distribution in stores worldwide.”

“We are continuing communications with Walmart executives,” the NCOSE director concluded, “and we hope Walmart will take further, swift action to ensure it stays true to its family-friendly brand by removing all other sexually exploitative materials.”