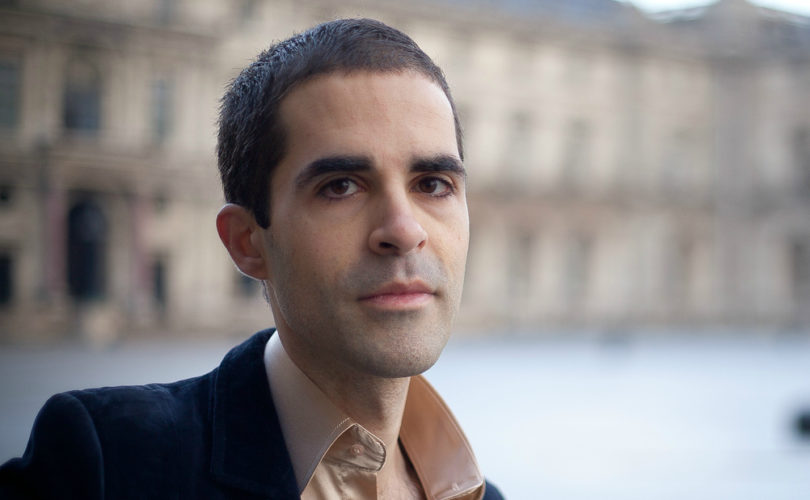 How do you reconcile 'being gay and a believer? By continence,' says Philippe Ariño.

ROME, February 4, 2015 (LifeSiteNews.com) – Is it possible to be “gay,” celibate, and happy? Does Christianity actually offer a way to deal with homosexual inclinations without the psychological and emotional problems that so often go along with it? A man who calls himself a “gay activist” thinks so, and has proposed the idea to other homosexuals.

How do you reconcile “being gay and a believer? By continence,” says Philippe Ariño, a French Catholic and self-proclaimed “gay activist” who helped found the Manif Pour Tous movement opposing “gay marriage” in Europe. “Continence” is a step past merely refraining from sexual relations, being a more holistic approach that involves “self-control of the sexual instinct.”

“Many gays have overcome their injury understanding how this choice does not lead to a fullness of love. Others have found God and the treasure that is contained in sex-difference. Those who continue to feel homosexual desire can dedicate this injury to others through friendship, help the poor, political or artistic action, holiness.”

Ariño has written a book titled, “Homosexuality in truth: Live according to the Church and to be happy” (published in Italy as “Omosessualità controcorrente,” or “Homosexuality counter-current.”) In it, he points to the violence of many homosexual relationships and a possible path “to overcome this injury.”

“I just found out how to reconcile my instincts and Christianity through chastity,” he told the Italian magazine Il Fatto Quotidiano. He said that from the ages of 29 to 31 he had sexual relationships with other men, but gave it up. “Not only did I prefer chastity, but I also chose continence – that is, self-control of the sexual instinct – that is the only way that the Church proposes to gays.”

In his relationships with other men, he realized that the problem he had connecting came from “the absence of ‘sex difference’ in the pair. Relations between gays can meet but not satisfy the soul. Continence, however, is how to live a liberation. And when one eliminates homosexual feelings, shame leaves.”

He said he “liked” his homosexual relationships, but “could not bear the lie of the gay couple: the confusion between friendship and love, rejection of sex difference.” I thought I was doing something right, but it was not working.”

It is this basic, human need, called by Catholic writers “complementarity,” that is being denied by the proposal to create “gay marriage.” It is a need, he said, that is even more important for children in family life. A child raised in the context of a same-sex partnering “lacks the love of the biological parents. A real drama that often leads to violent and painful consequences.”

Manif Pour Tous has created huge waves in the European political scene by organizing massive rallies in Paris and elsewhere opposing the goals of the gender ideology. It asserts that it is merely defending “the right of every child to have a mother and a father,” and has gained a following across EU borders.

Ariño strongly denied the claim, popular in the homosexualist lobby, that Pope Francis wants the Church to accept homosexuality and abolish its teaching on marriage.

“The Pope said he wanted only to accept homosexuals and propose a path of truth and charity. Admitting the existence of something does not mean justifying it. In fact, the Church cannot accept homosexual desire, nor a homosexual love, even one presented as chaste.”

But he did ask Pope Francis for more clarification and stronger terms. “The Pope should also mention the violence that lies behind sexual relations between persons of the same sex.”