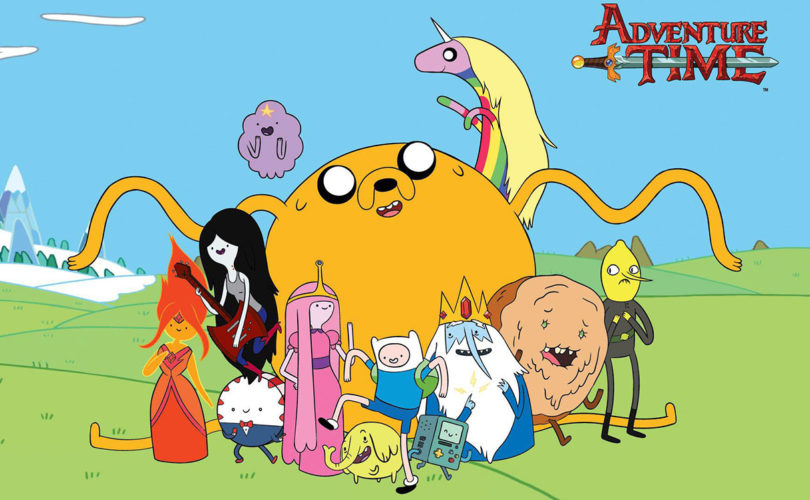 August 10, 2015 (LifeSiteNews) — When the animated series The Legend of Korra ended its three-season run with the two heroines holding hands and dissolving into a mist – thus making explicit a lesbian love interest that hitherto had only been hinted at – children’s TV was likely changed forever.

Or so claimed Vanity Fair arts writer Joanna Robinson, who enthusiastically lauded the December 2014 finale of the Nickelodeon show as perhaps the “most subversive television event of the year.”

But for Christian media watchers like Jeff Johnston, that lesbian fairytale ending (the two characters were actually bisexual, having each dated a boy in previous episodes) was just the inevitable next step in a clearly discernible trend.

“There are definitely more gay and transgender characters and stories in children’s television,” Johnston, issues analyst for Focus on the Family, told LifeSiteNews in an email.

Other examples include the 2012-2013 season of “gender-bending” Australian cartoon series SheZow featuring “a 12-year-old boy who finds a ‘power ring’ that turns him into a girl,” and an episode in Disney Channel’s children’s series Good Luck Charlie in which “a lesbian couple brings their child over for a play date.”

And it will get worse, predicts Johnston, because children’s TV fare “is a reflection of what’s already in our culture.”

Since the United States Supreme Court “decided that same-sex marriage is a ‘constitutional right,’” and with media hype “promoting transgenderism with stories about Bruce Jenner and the actor known as Laverne Cox, we’ll only see more and more of this.”

Debuting in 2014, Clarence features a main character with two moms, and while Cartoon Network reportedly nixed a kiss on the lips between a homosexual couple in an episode that October, it approved a version in which the men kiss on the cheek.

Clarence was created by Skyler Page, formerly a storyboard artist for Adventure Time, which began in 2010 and features bisexual character Marcelline the Vampire Queen. Or more accurately, voice artist Olivia Olson outed her character at a Los Angeles book signing, telling fans that the show’s creator, Pendleton Ward, told her that Marcelline and Princess Bubblegum had once “dated.”

Another former Adventure Time writer, Rebecca Sugar, created Steven Universe, which first aired in November 2013. Steven is half-boy, half alien “gem” and raised by three alien gem mothers, two of whom are romantically involved. A rave March 2015 post by Mey on the lesbian website Autostraddle declared the first season’s finale “one of the queerest episodes of a children’s cartoon in the history of television.”

While the American conservative media watch organization Parents Television Council (PTC) doesn’t monitor children’s shows per se, nor zero in on LGBTQ narratives, it nevertheless gave Cartoon Network a failing grade in its 2011 special report, “Cartoons are no laughing matter.”

PTC found that Cartoon Network aired a number of animated series containing sexual references and depictions, bad language and violence, and most egregiously, failed 100 percent of the time to warn parents in advance of sexual content and coarse language. (Disney Channel passed the study with flying colors.)

While watching cartoons might seem “an innocent pastime, animation can pose an inherent risk for children and teens,” the study noted. Compared with other genres, cartoons “can potentially trivialize and bring humor to adult themes and contribute to an atmosphere in which children view these depictions as normative and acceptable.”

The report warns the danger is exacerbated because “children and teens are consuming more and more of their video entertainment outside the traditional confines of a television set.”

That is undoubtedly truer four years on, with ever-expanding, highly competitive, on-demand streaming networks such as Netflix and Amazon Instant Video “dumping money into content for children,” according to Greg Nichols of California Sunday Magazine.

In an article pointedly titled “Hooked: Why Amazon and Netflix want your kids,” Nichols cited statistics that chart out the brave new media world children inhabit: a 2013 Common Sense Media study found 75 percent of American kids aged 8 and under have access to a “smart” mobile device, and the American Pediatric Association asserted the same year that “the average 8-year-old spends eight hours a day — 56 hours per week — using electronic media such as laptops, tablets, and smartphones.”

And Nickelodeon pulled The Legend of Korra off television after the first season, and ran the next two – including the “coming out” final scene – online, as Vanity Fair’s Robinson noted.

The burgeoning kids’ content on-demand streaming market makes it more urgent that, as Johnston points out, “parents monitor what their kids are exposed to.”

Someone who himself struggled as a young Christian man with same-sex attraction and sex addiction before experiencing healing, Johnston emphasized that “television shows, books, and movies with sexually-confusing messages …introduce children to falsehoods and immorality, and they create confusion and insecurity. Children are not equipped to handle these adult themes.”

In fact, even grown-ups should be wary of media exposure, notes Calgary-based family counselor Wayne Ottenbreit.

“It is clear that we need to be vigilant about usage in any medium (television, movie, music video, books) and not simply for our children but also as adults,” advises Ottenbreit, a board member with the Canadian Association of Catholic Psychotherapists and father of nine daughters.

“I recommend that anyone seeking to live an intentional life, a virtuous life, a healthy life, use media sparingly,” Ottenbreit told LifeSiteNews in an email.

He also tells parents to “discuss messages with children, and children with one another,” and cited as an example of the latter, that his daughter ran a movie club for friends where teens could discuss films “in a supportive environment.”

“Keeping informed will take work,” he conceded, “but one the blessings of the Internet is access to good information.” Ottenbreit’s suggestions are included below, but it seems most online sites focus on movies, rather than television or on-demand streaming series.

Johnston pointed to Focus on the Family’s Pluggedin website, which carries reviews of movies, TV shows, and books. His organization also provides resources to help parents talk to their kids about transgender issues, homosexuality, and to help them deal with gender-confusing messages their kids may get at school.

“We don’t want parents to be fearful and scared,” he points out. “We want them to be equipped and prepared.”

That’s good to know, because Autostraddle’s Mey has predictions of her own. “We’re witnessing a magical new time in all-ages entertainment, and we’ll be reaping the benefits for years to come,” she writes.

The “queerest episode” ever of Steven Universe was “beautiful and important and based on what’s been happening over the last few years, it’s just the tip of the iceberg.”

Some online resources for parents include Decent Films, ScreenIt, and Parent Previews.