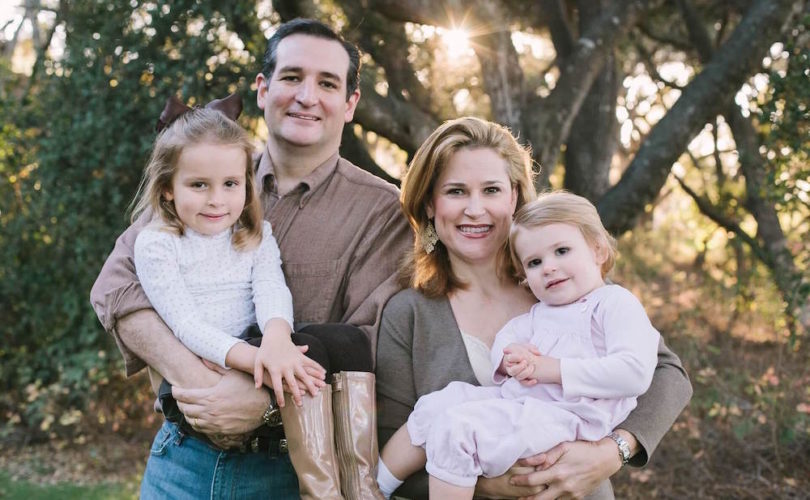 HOUSTON, TX, February 23, 2016 (LifeSiteNews) – Reports surfaced this week that Heidi Cruz, the wife of Senator Ted Cruz, belonged to an organization that supported a Houston ordinance allowing biological males to use the restrooms and shower facilities of the opposite sex. Are they correct? Yes and no.

However, the Cruz campaign tells BuzzFeed that she had left the group before that vote took place.

City council members passed the HERO ordinance in May 2014 with the strong support of Democratic Mayor Annelise Parker, who is an open lesbian.

Area pastors collected signatures to put the issue to a citywide vote – a drive that led Parker to briefly subpoena the sermons of numerous Houston churches. (She and her legal counsel ultimately backed down.)

During the lead-up to the election, the partnership voted to support the transgender bill. Business leaders thinking of opening up shop in Houston are “seeking a community that is welcoming, diverse and inclusive,” the group said in a statement. “We believe all Houstonians should be able to find a job, enjoy an evening out, and find a place to live without facing discrimination.”

But by that time, Heidi Cruz had suspended her voting membership in the group because of her husband's presidential campaign, Cruz spokeswoman Catherine Frazier told BuzzFeed.

Cruz declared his candidacy for the Republican presidential nomination in March 2015. The Greater Houston Partnership did not release a statement on the HERO vote until that August.

“Mrs. Cruz wasn’t able to participate in that vote,” Frazier said. “She strongly opposes the ordinance and is glad that Houstonians overwhelmingly voted against it.”

More than 60 percent of voters rejected the Houston Equal Rights Ordinance (HERO) last November – including Heidi Cruz, according to Frazier.

The senator's father, a minister and evangelist, went further. Raphael Cruz said it was “appalling that in a city like Houston, right in the middle of the Bible Belt, we have a homosexual mayor.”

The social views of campaign family and staffers has become contentious, after it came to light that Sen. Marco Rubio's deputy campaign manager Rich Beeson signed an amicus brief asking the Supreme Court to redefine marriage in all 50 states in its Obergefell v. Hodges case. Social conservatives have long said that “personnel is policy,” and if a candidate will staff his campaign with people who reject core conservative principles, their appointments in office will follow suit.

Some on the campaign trail have highlighted Mrs. Cruz's connections to Goldman Sachs, which gave Ted Cruz a loan he did not initially report.

Heidi Cruz, formerly Heidi Nelson, is the daughter of Seventh Day Adventist missionaries. She met her future husband while working in the George W. Bush presidential campaign in 2000. She held a variety of positions in the administration, including working in the National Security Council.

After her husband left to become Texas Solicitor General and break into politics, she took a job working with wealthy clients of Goldman Sachs in Houston.

An analysis conducted by Reuters shows that Rubio has received more campaign donations from Wall Street than any other Republican candidate, including Jeb Bush, who dropped out of the race after finishing far behind his former protege in last Saturday's South Carolina primary.